Last month on Indie Spotlight, Phil Tatham, publisher at Monsoon Books, told us about their exciting new hybrid imprint, Dollarbird. This month, Anjana Rai Chaudhuri, author of Dollarbird's debut novel, tells us about the inspirations behind her book, The Scent of Frangipani and her road to publication...

Welcome to Indie Spotlight, Anjana. Tell us about your writing journey. Why did you become a writer? 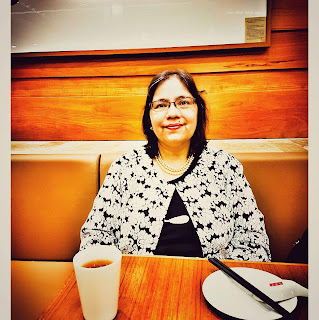 
What inspires your writing?
People and their interactions with each other and with life. The language of trauma, be it from unrequited love, poverty or a serious illness, inspires my writing. On the other hand, being an avid fan of crime thrillers as a reader, I am known to weave in plots with twists and turns in my books that generate suspense.

What led you to write the Scent of Frangipani?
I arrived in Singapore more than 25 years ago and I call Singapore home. In the seventh lunar month, I was fascinated to see fruit offerings on the pavements and learnt about the Chinese Festival of the Hungry Ghosts. The fact that this month is deemed unlucky planted an idea in my head of creating a fictional Chinese girl born in colonial times in the unlucky ghost month and follow the fortunes of this girl in a book. This book is The Scent of Frangipani. However, religious and cultural beliefs are not major themes in my book. The Scent of Frangipani is the story of a beautiful romance, an unforgotten love that transcended race, culture, tragedy and memory to linger on.

What are the main themes in the book?
My book is a historical fiction set in colonial Singapore. The book has a love triangle, a Chinese bondmaid and a privileged British girl are in love with the same British man. Romantic love and jealousy, universal and timeless themes, are the main themes. Pitting the Chinese and British girls against each other allowed me to explore the theme of the great social divide existing between the British gentry and the Chinese natives in colonial Singapore. In those times, a British boy could keep a Chinese girl as his mistress but never make her his wife. The rules and perceptions in the societies of colonial times and resistance to these by my characters drive the plot. I use World War II to separate the ill-fated lovers and the war theme allowed me to narrate the horror and devastation in Singapore when Japanese bombs fell over the island. War brought fear and changed my characters’ lives. I have plenty of plots and subplots with twists and turns, murder, betrayal, even a court trial. My book belongs to the historical romance/historical suspense genre. 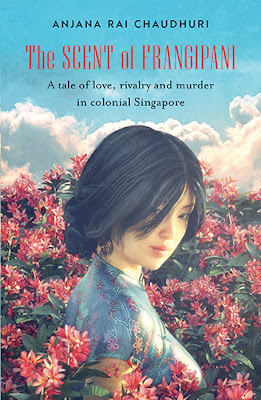 Why did you chose Dollarbird?
Dollarbird chose me. The themes and setting of my book were a good fit with Monsoon Books titles so I submitted my manuscript to Monsoon Books and immediately received an initial positive response from the publisher. A while later, Phil offered to publish the book under his new imprint, Dollarbird. As a new author with a debut fiction manuscript, my choices for publication were limited. In a previous blog post, Dollarbird’s publisher explained the alternate business model to traditional publishing so I will speak from an author perspective. I was encouraged by the fact that Dollarbird was committed to publishing quality fiction and that I could negotiate the upfront money put up by the author and timeframe of rights. I did some calculations and came to the conclusion that if my book was printed and distributed in the same way as Monsoon titles and my book sold moderately well, in the long run, I would make the same money as I would have done with traditional publishing, maybe more, given the higher 50% royalty rate. The key for me was to gauge whether Dollarbird followed good hybrid publishing guidelines.

By a good hybrid publisher, I mean a publisher who accepts only quality fiction for publishing and who will also sink in money for the book so that he has the motivation to promote and sell the book. In addition, facts like publication was being offered by a veteran publisher with a good track record in publishing like Monsoon Books, who has been in the business for 15 years, and who would use all his resources to sell my book, played a big part in my decision to close the deal with Dollarbird.
For first-time authors like me, this mode of publication is a gateway to more choices in publication for subsequent books.

Tell us something about the process of publication with Dollarbird.
So far, working with Phil and his Dollarbird team has been extremely smooth. I signed with Dollarbird in April 2019 and on Nov 10, 2019, I had my book launch. My book is now in Singapore bookstores and will soon be in bookstores worldwide, So, the process was efficient and fast. Phil commissioned a very good editor for me with whom I worked intensely for two months to polish the book and as you can see, the cover of the book chosen by Dollarbird is extremely nice, everyone has commented favourably on it. The first round of publicity is paid for by the publisher and if there is a second print run, the publisher bears all costs. I can only say more on whether the Dollarbird publishing model is beneficial for the author when the actual sales figures of the book come in, the book was just launched.

I understand you've recently had your book launch. How did it go?
I just had my book launch on November 10 at the Singapore Writers Festival 2019. Phil applied to Singapore’s National Arts Council for a book launch slot and SWF2019 gave a Sunday afternoon slot for the launch in Gallery 2 of The Arts House. All new book launches were happening there. Phil had Leslie from Pansing arrange the launch and got a renowned Singapore author, Suchen Christine Lim, to moderate my event. It went smoothly and I hugely enjoyed the launch of The Scent of Frangipani. Leslie introduced us, Suchen asked questions, the audience got involved and I was able to do two passage readings from the book as well as cast my book trailer on screen. Leslie arranged for book sales and signing outside the room. Phil sent over a very nice banner for the book which was prominently displayed in the room. Now it is over to my readers. I hope that most of them can say, “That was a good read” when they turn the last page of The Scent of Frangipani.

Ann, thank you for your interest in The Scent of Frangipani and its publication process.


Posted by Ann Bennett, author of recent release The Planter's Wife ; A Daughter's Quest and A Daughter's Promise, novels set in SE Asia during WW2.