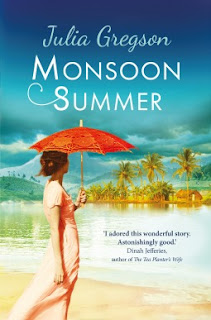 Oxfordshire, 1947. Exhausted by the war and nursing a tragic secret, Kit Smallwood flees to Wickam Farm to recuperate. There she throws herself into helping set up a charity sending midwives to India - and she also meets Tomas, a handsome, complicated, and charming Indian trainee doctor nearing the end of his English education, she falls utterly in love.

Tomas makes her laugh and marriage should be the easiest thing in the world.  But when he informs his family that he is shortly to return home with an English bride, his parents are appalled.

Despite being Anglo-Indian herself, Kit's own mother is equally horrified. She has spent most of her life trying to erase a painful past and the problems of her mixed-race heritage - losing her daughter to an Indian man is her worst fear realised.

Indie spotlight: how to launch a new book like a pro by Tim Gurung

Hong-Kong-based Tim Gurung edits indie spotlight, Asia Books Blog’s monthly column on self-publishing. Tim is the self-published author of both fiction and non-fiction titles. His non-fiction covers topics as various the Gurkhas, the afterlife, fatherhood, and women's rights. Launching a book can be nerve-wracking. Tim here draws on his own experience to offer a few tips, particularly for debut authors.

The International Publishers Association (IPA) today announced the shortlist for the 2017 IPA Prix Voltaire, which rewards exemplary courage in upholding the freedom to publish and in enabling others to exercise their right to freedom of expression. Shortlisted publishers include Kim Jeong-ae (North Korea / South Korea), Way Moe (Myanmar), and Minhai Gui (Hong Kong / Sweden). For more information click here.
Posted by Rosie Milne at 21:12

My working day by Eldes Tran 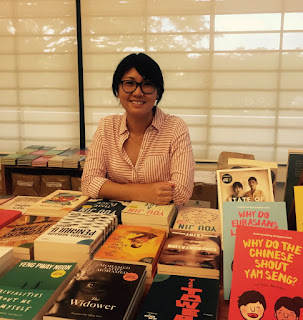 My working day is an occasional series in which publishing professionals talk about their jobs.

Eldes Tran is an assistant editor at Epigram Books, Singapore’s largest independent publisher of local stories for all ages. She mostly edits nonfiction manuscripts, but also some children’s books. Apart from editing, she also acts as a project manager seeing a book through all stages, including making sure the right illustrator is picked, the layout is balanced, and deadlines are met.

Epigram Books is Eldes’ first foray into book publishing, but she has been an editor for 11 years in the US and Asia. She started at newspapers Newsday and the Los Angeles Times, and later spent six years in Hong Kong with the South China Morning Post and New York Times. 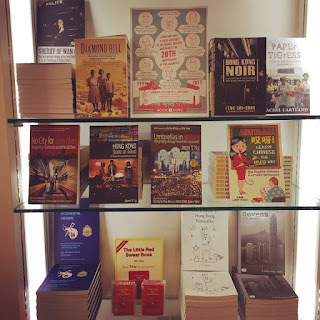 Close to a hundred people filled the Bookazine bookshop in Prince’s Building, Hong Kong, on the evening of June 15, to hear six local authors discuss the 20 years which have passed since the handover in 1997.

As the publisher of four of these writers, I was roped in to MC the event. I started off by asking how many of the crowd were in Hong Kong on that rainy night of June 30, 1997. About half, it turned out. But of those, far fewer had expected to still be here 20 years later.

First question went to Rachel Cartland, author of Paper Tigress, an account of her 34 years working in the Hong Kong government. Many people in the audience remembered seeing police officers replacing their cap badges as sovereignty was transferred at the stroke of midnight on handover night. Rachel stayed in office through 1997 and beyond, so did she have any badge to change? No, she said, but non-stop heavy rain during the handover period ruined everyone’s extra-long public holiday allowance! 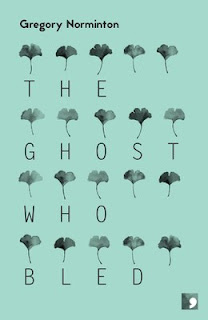 Gregory Norminton is an English novelist of French and Belgian extraction, who has spent time in Malaysia, Malaysian Borneo, and Cambodia. He has recently published The Ghost Who Bled, a collection of fourteen short stories that range widely in space and time. He takes the reader from medieval Byzantium and Elizabethan London, to Japan and the jungles of Malaya in the more resent past, to Edinburgh in the present-day, and on to a climate-changed San Francisco of the near future. His scope is ambitious, but he says: “I reserve the right - as all authors should, provided they do the research and are humble towards their material - to set stories in places that I have not visited. Since much of my writing is either historical or speculative, what choice do I have?”

He answered a few questions for Asian Books Blog. 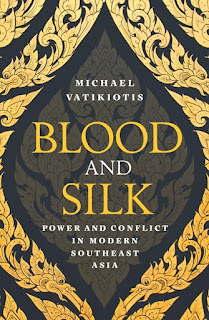 Michael Vatikiotis is a member of the Asia Society's International Council and has a decade of experience working as a conflict mediator for the Geneva-based Centre for Humanitarian Dialogue. He is a former BBC journalist who has worked in Asia for over thirty years, living in Indonesia, Malaysia, Thailand, Hong Kong, and his current home, Singapore.

Blood and Silk: Power and Conflict in Modern Southeast Asia is in part his memoir and in part a political study of the dynamics of modern Southeast Asia, a frontline of two of the most important global conflicts: the struggle between a declining West and a rising China, and that between religious tolerance and extremism.

Southeast Asia accounts for sizeable chunks of global investment and manufacturing capacity; it straddles essential lines of trade and communication.  Whether it is mobile phone parts or clothing and accessories, Southeast Asia is a vital link in the global supply chain.

The Yayasan Mudra Swari Saraswati, a not-for-profit organisation with the mission of improving the lives of young Indonesians through literature and the arts, has announced that after after a two-year hiatus their emerging voices programme, a free, four-day event celebrating young writers, filmmakers and artists from across the Indonesian archipelago, will again be held alongside the Ubud Writers & Readers Festival, which this year runs from 26-29 October. 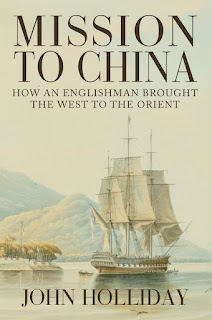 500 words from is an occasional column in which authors talk about their newly-published books.

John Holliday, an Australia-based, British-born writer, has just published Mission to China: How an Englishman Brought the West to the Orient. The book, part adventure story and part social history, examines the life of one of John’s ancestors, Walter Medhurst, a 19th century Christian missionary to Chinese communities throughout Asia, and to China itself.

John had long been aware of having an ancestor who was a famous missionary, but it was not until 2008 that he discovered an orphanage founded by this ancestor in Jakarta was still functioning. A visit to the city, and a commitment to build a library for the orphanage, prompted him to undertake research into Walter Medhurst’s life, and, ultimately, to write his biography.

PEN is an international organisation which promotes literacy and free speech around the globe. English PEN runs PEN Translates, which each year awards grants to UK-based publishers to offset the cost of translating new titles into English. It  has just announced the winners for 2017.  The list includes books translated from 14 languages and 16 countries, including a Uyghur memoir, Palestinian short stories, Somali poetry, a Czech feminist novel, an anthology of Russian women literature, Belarusian essays, a Korean novel, and a Chinese graphic novel. Female authors and translators make up more than half of the award winners. 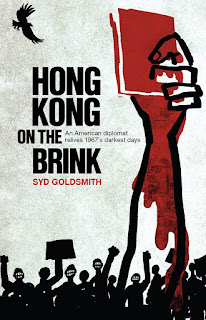 In 1967, at the height of the Cultural Revolution, Hong Kong was rocked by a series of pro-communist riots against British colonial rule. These were so serious they threatened the colony’s existence. During the emergency, Syd Goldsmith was the American consulate general’s Hong Kong and Macau political officer – and the only white foreign service officer who spoke Cantonese. His role was to provide Washington with analysis of the unfolding drama, and to report back on the Hong Kong government’s ability to survive.  He had access to information from the CIA, a Chinese double agent, and Hong Kong Government sources.

Hong Kong on the Brink: An American diplomat relives 1967’s darkest days is his account of a simmering city, plagued by violence and strikes whilst also dealing with a crippled transport network, water-rationing, takeover threats from Beijing, and roadside bombs.