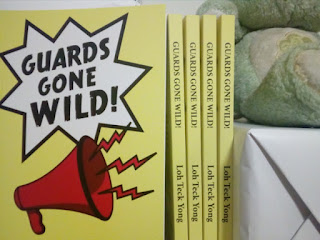 My guest today is Loh Teck Yong, a Singapore security guard who has self-published an interesting and original account of his experiences. Here he tells us about his road to self-publishing.

Security guards have it rough in Singapore. I know because I started working as one back in 1999. Full-time guards have to put up with a 72-hour work week and the week gets even longer for those who work 24-hour shifts. And while we are battling long hours for very low pay, we have to fend off attacks from unappreciative superiors, angry members of the public and even our own colleagues. 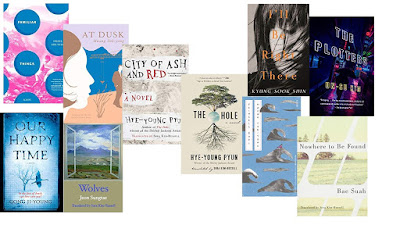 Sora, how did you get started in literary translation?

I started out translating short stories, but my big break was with Shin Kyung-sook’s novel, I’ll Be Right There. It was a big project, too. A long, sprawling novel by a major author whose previous translation, Please Look After Mom, had made the bestseller lists. But it wasn’t actually the first novel I’d translated.

The first was City of Ash and Red, by Pyun Hye-young, which finally got published this year. It was a long wait, but in a lot of ways I’m grateful for that. It was a tricky novel to translate, and the long path towards publication gave me plenty of time to go back, rethink my approach, and revise.

Can you tell me a bit about contemporary Korean literature? What's the most exciting trend that you can see?
I think the most exciting trend is the increase in self-avowed queer writers. That is, we’ve seen queer-themed poetry and prose in Korean literature, dating back to its very origins, but not many publicly queer-identified writers. That has been changing.

The other thing I would add is that while Korea is typically seen as having a homogeneous, conformist culture, its modern literature—at least, the parts of it that I’ve read—has always been diverse, outward-looking, and grappling with questions of identity and selfhood. For instance, it’d be easy to assume that Korean literature from the 1950s wouldn’t have much to say about race, or that there’s no way a novel published back in 1909 would feature a queer relationship, and yet there they are. 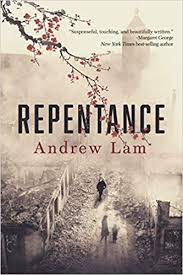 Andrew, a third generation Chinese American, is the award-winning author of two earlier books, Saving Sight, an Amazon non-fiction bestseller about his career as an eye surgeon, and Two Sons of China, a novel of World War 2 that won a Foreword Reviews Book of the Year Award in 2014.

Repentance is based on the history of the Japanese American 442nd Regimental Combat Team, which was the most decorated unit in U.S. military history. It opens in France, in October 1944, with a Japanese American war hero who’s keeping a terrible secret.  Fifty-five years later, his son, Daniel Tokunaga, is a world-famous cardiac surgeon who is perplexed when the U.S. government comes calling, wanting to know about his father’s service during World War 2. Something terrible happened while his father was fighting the Germans in France, and the Department of Defense won’t stop its investigation until it’s determined exactly who did what.

Wanting answers of his own, Daniel upends his life to find out what his father did on a small, obscure hilltop half a world away. As his quest for the truth unravels his family’s catastrophic past, the only thing for certain is that nothing - his life, career, and family - can ever be the same again.

So, over to Andrew… 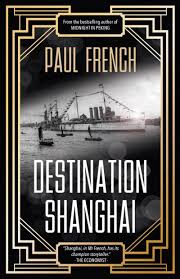 Paul French, the bestselling author of Midnight in Peking and City of Devils, writes Asian Books Blog's monthly Tsundoku column.  He here talks about the research behind another of his recent books, Destination Shanghai, first in a projected series.

Destination Shanghai is, I hope, the first in a series of books about various foreigners passing through, living and often dying in Asia. I started with Shanghai as it’s where I lived for many years, but am moving on with Destination Peking, Hong Kong, Singapore and then who knows where…

I realised that after thirty-something years of studying Asia I had a wealth of stories that could be gathered into these books – on my blog, in notebooks, in magazines and literary journals as well as in my head. As often, I’ve avoided telling stories of dry missionaries, self-aggrandizing businessmen or pompous diplomats. I prefer writers and artists, bohemian sojourners and my favoured writing territory of the demi-monde of Asian port city life – the showgirls, grifters, conmen and gangsters that proliferated. So, Destination Shanghai has the stories of Russian émigrés, Jewish refugees from the Nazis, conmen on the run, pimps and prostitutes falling out, Shanghai nightclub dancers who made it to Hollywood, movie stars passing through and a motley assortment of strange types who landed on the Bund over the years.

Kawika Guillermo makes a bookstop at Asian Books Blog to chat about Stamped, his anti-travel novel, online personas and why he thinks Americans can't be flaneurs. 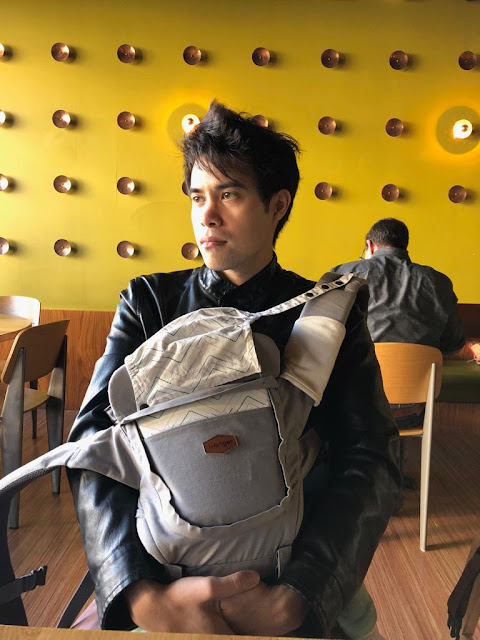 Kawika Guillermo is the author of Stamped: an anti-travel novel (Westphalia Press, 2018). His stories can be found in The Cimarron Review, Feminist Studies, The Hawai’i Pacific Review, Tayo, Smokelong Quarterly, and others. He is an Assistant Professor in the Social Justice Institute at the University of British Columbia and is the author of Transitive Cultures: Anglophone Literature of the Transpacific (Rutgers University Press, 2018). He occasionally writes on travel, politics, and video games at Anomaly Magazine (formerly Drunken Boat) and decomP Magazine, where he serves as the Prose Editor.

Portraits of Trees of Hong Kong 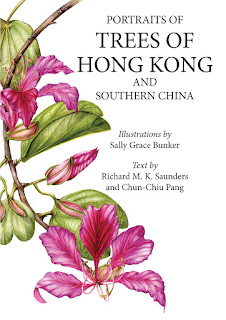 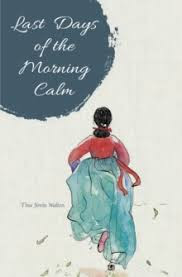 Tina is a Korean-American writer based in Singapore. She loves researching historical events, and enjoys stories that empower and encourage youth. She writes what she would have liked to read when she was young.  While she was working on Last Days of the Morning Calm she took an MFA in creative writing.

Last Days of the Morning Calm is set in Korea at the end of the nineteenth century. Fourteen-year-old Ji-nah, whose parentage is obscure, and Han, a seventeen-year-old servant, are left in the tight grip of Tutor Lim, when the head of their household, Master Yi, travels to Peking. Tutor Lim strips Ji-nah of all her privileges, and crushes Han's hopes for the future. When the two young people discover he is plotting with the Japanese to overthrow Queen Min, whose fate seems tied to Master Yi's, they determine to save her. Their plans go awry when Tutor Lim sells them off as slaves: Ji-nah to the palace and Han to the missionaries.

Melissa De Silva talks to Elaine Chiew about 'others', discovering her ancestry in Malacca, and making pineapple tarts.

Melissa De Silva grew up in her grandmother's flat in Toa Payoh, which is why she thought the dragon playground in front of her grandmother's block was her exclusive playground. Besides her award-winning debut book, 'Others' is Not a Race, Melissa's fiction has been published in Best New Singaporean Short Stories Vol. 3, Wilderness Literary Review, Singapore Quarterly Literary Review and LONTAR: The Journal of Southeast Asian Speculative Fiction. She has worked as a magazine journalist and a book editor. She is currently Singapore’s Education Ambassador for American nonprofit Write the World (writetheworld.com). Melissa leads a wide variety of workshops on writing memoirs, writing for healing and catharsis, childhood and family memories, food and travel writing, cultural identity and women's identity and empowerment.

EC: Welcome to AsianBooksBlog, Melissa. Fantastic to have you with us to discuss your trenchant book which won the Singapore Literature Prize 2018, ‘Others’ Is Not A Race (Math Paper Press, 2017).

First, let’s start with your background. What led you to writing, and specifically, to the writing of this book?

Imprisoned Egyptian publisher Khaled Lutfi has been selected for International Publishers Association’s (IPA) 2019 Prix Voltaire which supports defenders of freedom to publish.
Kristenn Einarsson, Chair of the IPA’s Freedom to Publish Committee said: “The international publishing community stands with Khaled Lutfi. We must support Lutfi’s fellow publishers in Egypt so that his imprisonment does not lead to fear and self-censorship in a country of such rich literary heritage.”

Welcome to issue 3 of Tsundoku – a column by me, Paul French, aiming to make that pile of ‘must read’ books by your bed a little more teetering. I was stuck behind the Great Firewall of China last month which made life difficult so this month’s issue has a few more recommendations to make up….let’s start with new fiction...