Welcome to issue 3 of Tsundoku – a column by me, Paul French, aiming to make that pile of ‘must read’ books by your bed a little more teetering. I was stuck behind the Great Firewall of China last month which made life difficult so this month’s issue has a few more recommendations to make up….let’s start with new fiction...

Tishani Doshi’s Small Days and Nights is set in the old city of Pondicherry where Graces, returned to bury her mother, discovers a sister she never knew she had. A tender and often funny novel from an Indian poet, journalist and dancer. 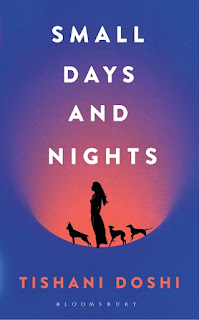 Didier Decoin’s The Office of Gardens and Ponds is set in Japan where the village of Shimae is thrown into turmoil when master carp-catcher Katsuro suddenly drowns in the murky waters of the Kusagawa river. Who now will carry the precious cargo of carp to the Imperial Palace and preserve the crucial patronage that everyone in the village depends upon? Likened to Patrick Süskind's Perfume, the novel has had great reviews. 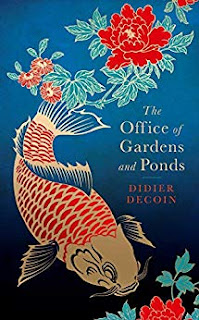 Wang Ting-kuo’s My Enemies Cherry Tree (translated by Howard Goldblatt) is this season’s most talked about Taiwanese novel in translation. A doomed love story; a tale of power set in contemporary Taiwan. The novel won multiple awards in Taiwan. 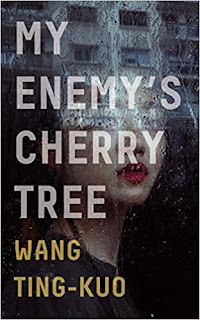 We, The Survivors is the much anticipated new novel from Malaysian writer Tash Aw. Ah Hock is an ordinary, uneducated man born in a Malaysian fishing village and now trying to make his way in a country that promises riches and security to everyone, but delivers them only to a chosen few ends up becoming a murderer. That the novel is being likened to Camus shows just how highly regarded Tash Aw is internationally and this novel too has had great reviews. 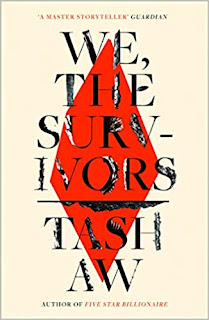 Time for a somewhat forgotten classic to be reprinted. Max Havelaar: Or, the Coffee Auctions of The Dutch Trading Company by Multatuli, the pen name of the Dutch writer Eduard Douwes Dekker. A piece of inventive fiction that is also a work of burning political outrage telling the story of a renegade Dutch colonial administrator’s ultimately unavailing struggle to end the exploitation of the Indonesian peasantry. Havelaar’s impassioned exposé is framed by the fatuous reflections of an Amsterdam coffee trader, Drystubble. Now available as the latest in the New York Review Books Classics series. 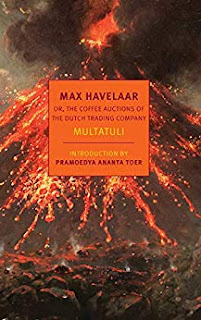 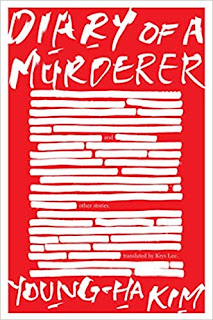 Liao Yiwu’s Bullets and Opium: Real-Life Stories of China After the Tiananmen Square Massacre is well timed for the thirtieth anniversary of June 4th 1989. Liao Yiwu, a Chinese writer and dissident, has secretly interviewed survivors of the devastating 1989 Tiananmen Square massacre. 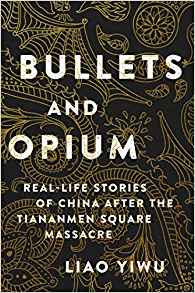 Owen Matthews’s An Impeccable Spy: Richard Sorge, Stalin’s Master Agent grippingly tells the story of the Soviet master spy in the 1930s and Wold War Two who controlled a network of agents in China and Japan. 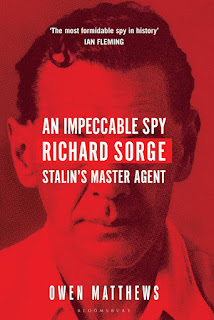 Elizabeth Koll’s Railroads and the Transformation of China shows the transformative power – both economic and social – of railway development ion China from the last decades of the Qing Empire to the present. Peasant opposition to trains through to warlord armoured carriages, Red Guards on the rails and todays high-speed passenger services are all covered. 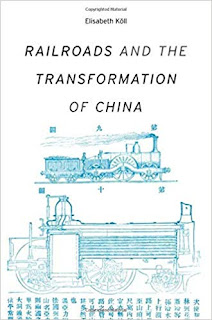 Anna Sherman’s The Bells of Old Tokyo: Travels in Japanese Time is a history of Edo (Tokyo) which perhaps pairs well with Pico Iyer’s personal meditation on his life in Nara in Autumn Light: Season of Fire and Farewells. 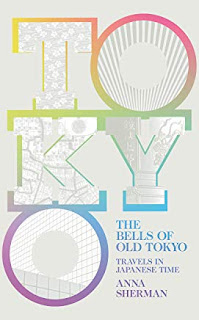 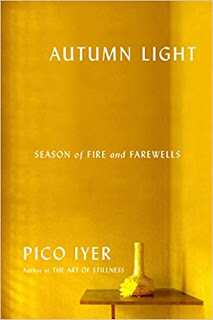 And,finally, some tsundoku shots as usual...

Thanks to Aurelia in Taipei for her 'to be read' pile....I'd put Qiu Miaojin at the top personally.... 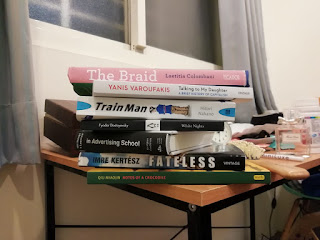 And Douglas in KL... 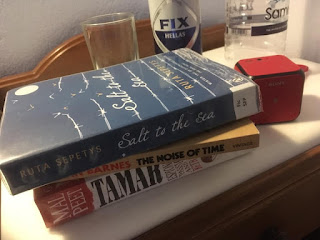 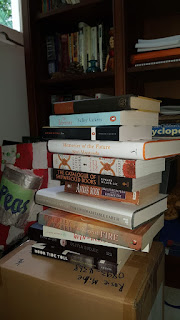 And lastly...the tsundoku from Wayan, my airbnb host recently in Ubud, Bali....based on the interesting stuff people leave behind... 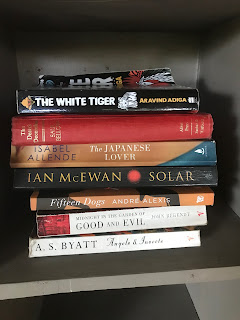