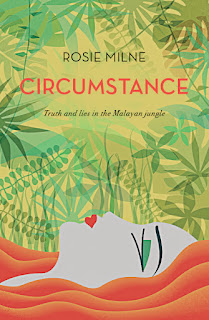 Rosie Milne's latest novel, Circumstance, asks what happens when an adoring young bride is met on the doorstep of her new home by her husband's former mistress.

When Rose arrives in Malaya, she knows nothing of her new husband’s past. But how long can she remain ignorant? Frank, Rose and Nony soon become entangled in vines of secrecy and lying, they are snagged by thorns of bribery and blackmail, and caught in sticky webs of bluff and counter-bluff. Something must give between them: but what?

Rosie's earlier novel, Olivia & Sophia, recounts the adventures of two bold women sailing to Asia from England at the beginning of the 19th century, in the wake of the man who married first one of them, Olivia, and then, when she died, the other, Sophia. Tom - Sir Thomas Stamford Raffles - was the remarkable founder of Singapore, and both his wives were tested as he made his name in the Eastward. Sexy Olivia faced temptation to stray, and also ill-health. More matronly Sophia was confronted by tragedy on tragedy: her children's deaths; shipwreck; the death of her beloved Tom, leaving her the lonely widow who felt it her duty to secure his fame. 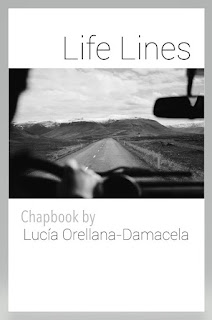 Lucía Orellana Damacela’s first poetry chapbook, Life Lines (Talbot-Heindl, 2018), is available in digital and print form on Amazon and in the publisher’s shop. 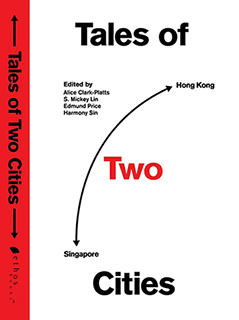 Lucía Damacela is the author of "The Festival", a story appearing in the short story collection Tales of Two Cities, a collaboration between the Singapore Writers' Group and the Hong Kong Writers' Circle, edited by Alice Clark-Platts, S. Mickey Lin, Edmund Price, and Harmony Sin.

Published by Ethos Books, and available for purchase here: 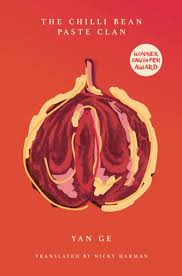 Nicky Harman has translated myriad books from Chinese to English.  Her next work of translation will be The Chilli Bean Paste Clan by Yan Ge, published on May 1. Set in a fictional town in West China, The Chilli Bean Paste Clan is the story of the Duan-Xue family, owners of the lucrative chilli bean paste factory, and their formidable matriarch. As Gran’s eightieth birthday approaches, her middle-aged children get together to make preparations. Family secrets are revealed and long-time sibling rivalries flare up with renewed vigour. As Shengqiang struggles unsuccessfully to juggle the demands of his mistress and his wife, the biggest surprises of all come from Gran herself……