It's the holidays - it's official - Hannukah, Christmas, the Russian Christmas, New Year (hell, the lunar new year is in January so why not start now and just carry on through to February!) The holidays means some time to buy books, read books, give books. And, by the way, what with all the holidays this is a double issue to last you through to February when hopefully the money god will have been kind, your tsundoku pile significantly reduced, and we start book shopping all over again...
So, as ever, let’s start with some new fiction...

Abir Mukherjee is back with the Wyndham and Bannerjee series set in 1920s Calcutta and India (and this time in 1905 London's East End too) with Death in the East - the fourth book in this excellent series.. 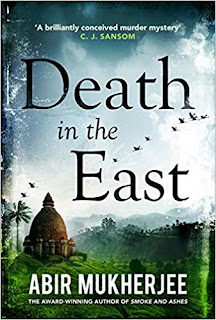 Mu Cao's novel In the Face of Death We Are Equal, is an unrelentingly realistic portrait of working-class gay men in the underbelly of Chinese society. He Donghai is days away from his sixtieth birthday and long-awaited retirement from his job as a corpse burner at a Beijing crematorium. As he approaches the momentous day, he reflects on his life and his relationship with a special group of young men who live and love on the margins of Chinese society in Henan. In the Face of Death We Are Equal will be a valuable addition to queer and Chinese literature in translation. 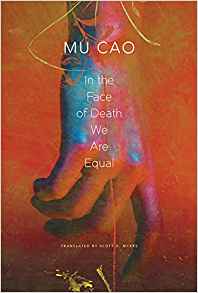 Monique Truong's The Sweetest Fruits three women tell the story of their time with Lafcadio Hearn, a globetrotting writer best known for his books about Meiji-era Japan. A Greek woman tells of how she willed herself out of her father's cloistered house, married an Irish officer in the British Army, and came to Ireland with her two-year-old son in 1852, only to be forced to leave without him soon after. An African American woman, born into slavery on a Kentucky plantation, makes her way to Cincinnati after the Civil War to work as a boarding house cook, where in 1872 she meets and marries an up-and-coming newspaper reporter. In Matsue, Japan, in 1891, a former samurai's daughter is introduced to a newly arrived English teacher, and becomes the mother of his four children and his unsung literary collaborator. 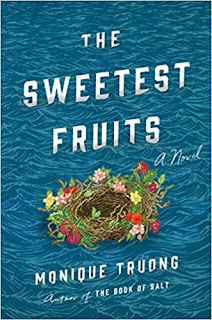 Jonathan Maberry's new thriller Rage features Joe Ledger and Rogue Team International. A small island off the coast of Korea is torn apart by a bio-weapon that drives everyone - men, women, and children - insane with murderous rage. The people behind the attack want Korea reunified or destroyed. Soon Japan, China, and the United States are pushed to the brink of war, while terrorists threaten to release the rage bio-weapon in a way of pure destructive slaughter. 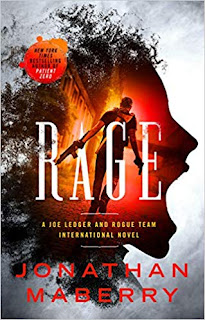 Jung Young Moon's Seven Samurai Swept Away in a River reads like a comedic zen koan as it recounts Korean cult writer's Jung Young Moon’s time spent at an artist’s and writers residency in small-town Texas. In an attempt to understand what a “true Texan should know,” the author reflects on his outsider experiences in this most unique of places, learning to two-step, musing on cowboy hats and cowboy churches, blending his observations with a meditative rumination on the history of Texas and the events that shaped the state, from the first settlers to Jack Ruby and Lee Harvey Oswald. 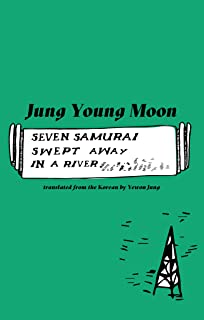 And some non-fiction....fit to grace any self-respecting Asia Hand's coffee table...

In Once Upon a Time in Shanghai Photographer Mark Parascandola spent five years photographing movie production sites and outdoor sets across China. The movie sets, rivaling real-world cities and monuments in their scale, have themselves become destinations for domestic and international tourists. Despite the fiction, they bear witness to a dynamic and changing China. 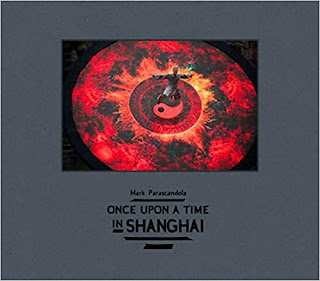 Drunk in China follows Derek Sandhaus’s long and liver busting journey of discovery into the world’s oldest drinking culture - baijiu. China is one of the world’s leading producers and consumers of liquor. In turn, alcohol infuses all aspects of China’s culture, from religion and literature to business and warfare. Yet to the outside world, China’s most famous spirit remains a mystery. That’s about to change: baijiu, the most popular alcoholic drink in China, is now being served in cocktail bars overseas. Sandhaus visits production floors, karaoke parlors, hotpot joints and speakeasies. But is the West ready to clink glasses with China, or will deeply rooted stereotypes prove too difficult to overcome? ​ 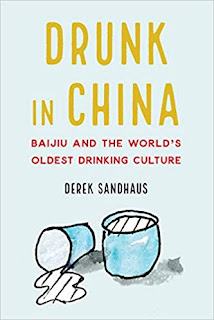 Anyone who read Chris Thrall's Meth and Triad filled Hong Kong memoir Eating Smoke knows what to expect in the follow up Forty Nights. Former Royal Marines Commando  Thrall returned from a year in Hong Kong suffering severe psychosis from crystal meth addiction. The medical profession said recovery was unlikely and recommended admitting him to a psychiatric hospital.‘There’s nothing wrong with me!’Chris refused all intervention and his life descended into a chaotic cycle of drug use that almost killed him ... until salvation came in a surprising form. 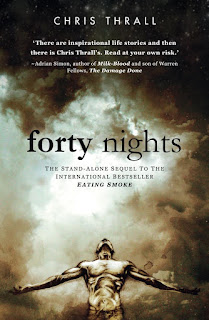 Anthony E Clark's China Gothic is a the twin biography of North China's leading Catholic bishop of the nineteenth century, Alphonse Favier (1837-1905), and the Beitang cathedral, epicenter of the Roman Catholic mission in China through incarnations that began in 1701. After its relocation and reconstruction under Favier's supervision, the cathedral-and Favier-miraculously survived a two-month siege in 1900 during the Boxer Rebellion. Featuring a French Gothic Revival design augmented by Chinese dragon-shaped gargoyles, marble balustrades in the style of Daoist and Buddhist temples, and other Chinese aesthetic flourishes, Beitang remains an icon of Sino-Western interaction. 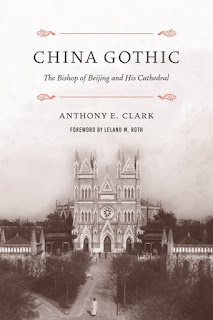 A new book from the team at HK Urbex is always eagerly anticipated...Spatial Cemetery contains secrets and stories about Hong Kong that have never before been published from the anonymous grassroots squad of explorers who will show you a side of Hong Kong only a specialist minority know about. Haunted schools, old crime scenes, condemned buildings, the scraps of modernisation which won’t be recorded in history books. 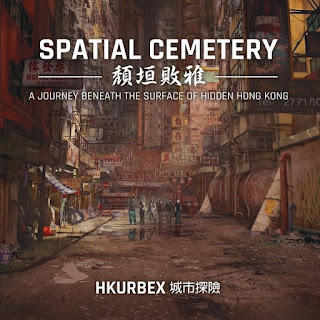 And last but by no means least Nick Bonner's Printed in North Korea, an incredible collection of prints dating from the 1950s to the twenty-first century is the only one of its kind in or outside North Korea. Depicting the everyday lives of the country's train conductors, steelworkers, weavers, farmers, scientists, and fishermen, these unique lino-cut and woodblock prints are a fascinating way to explore the culture of this still virtually unknown country. Together, they are an unparalleled testament to the talent of North Korea's artists and the unique social, cultural, and political conditions in which they work. 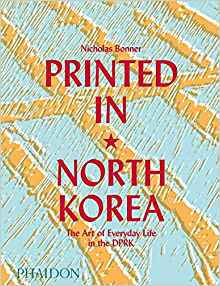