Beyond Authors and Books as objects of pleasure and learning, we’ve uncovered haunts for writers – Cafes – so when you put all that into a literary melting-pot with Awards and Bookstores,  AB-CAB emerges!

Come along for a ride in the Lion City:

A is for Authors, first and foremost: Who’s in the news? 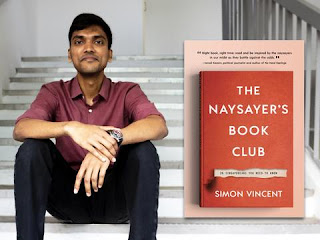 How about home-grown Simon Vincent? A multi-media journalist who’s come up with a first  - the extremely creative non-fiction work, The Naysayers Book Club, walking off with the Book of the Year at the Singapore Book Publishers Association annual industry awards. (This could of course come under B for Books and A for Awards too, but we’ll try not to repeat ourselves.)

We first met Simon when he played the role of moderator with four young women authors at an Epigram event a couple of months’ back. We’ve read the book and found it totally engaging.  Real insight into people who matter in Singapore. What’s next Simon?

Recently, we ran into Akshita Nanda, author of Beauty Queens of Bishan (Penguin Random House 2019) and Nimita’s Place (Epigram Books and adapted for the stage by TheatreWorks, 2019). Formerly a journalist at The Straits Times since 2007, she is now pursuing a Masters in International Affairs. You can catch her at the Singapore Writers Festival.

Also appearing at the festival is one of Singapore most enduring – and endearing – playwrights Haresh Sharma of The Necessary Stage. A Cultural Medallion and Southeast Asian Writers Award recipient, he has written over 100 plays – his best known being Off Centre - which have been staged in over 20 cities and translated into Malay, Mandarin, Greek, and Italian. He takes to the stage in the Festival Epiloque.


B is for Bookstores: Where it’s all at!

Through the smart selection of venues to launch and talk about Linda Collin’s masterpiece Loss Adjustment – the Ethos published book we reviewed a month ago – we came across two independent book stores we didn’t know existed in Singapore. 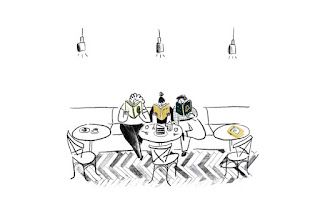 The Moon is a little hard to spot in 37 Mosque Street, Chinatown (close enough to the MRT station) but well worth the search. Besides Books, it’s also a Café and Events venue, describing itself thus: “The Moon shines a light on the stories of so many wonderfully talented authors, creators and makers who may have slipped under the radar of the mainstream.”

Then there’s the City Book Room, right over the road from the Central Library in North Bridge Road – and an easy walk from Bugis MRT station. There you’ll find a worthwhile selection of both English and Chinese works for all ages, as well as an exclusive section of Bengali books. No coffee in sight, but this place also acts as Publisher and Distributor.

Of course, there are more, like the long-staying independent  Books Actually and Littered with Books.

As much as we decry the loss of Borders and a reduction in the number of outlets by the well-established Times and MPHs of our book world, we are surprisingly well catered for in Singapore without having to rely entirely on the biggest of them all, Books Kinokuniya.

And don’t forget the most indefatigable bookseller of them all: the loveable Anthony Koh Waugh with his moveable feast: Booktique. He popped up to promote the Mental Health Book Fair and Linda Collins’ book. We hear he’s going to make his next bookish appearance at The Projector during the Singapore Writers Festival (1 to 10 November).


C is for Cafes: Too many to count.

What we have in mind are cafes where writers feel comfortable to meet and work. I don’t think we have anything quite like the hideaway in Edinburgh, The Elephant House, where JK Rowling worked on the first of her spectacularly successful Harry Potter books.

However, here are some where I know writers, publishers and fellow travellers have met, conjured up plots and started to fashion out a creative work or two: 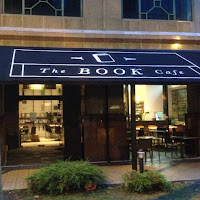 The Book Café in Martin Road is a very bookish place where writers gather to talk and it’s where I first engaged with the ANZA Writers Group a few years back. Being a little bit off the beaten track, it could be ideal for overcoming writers block.

Coffee Bean at Guthrie House, Fifth Avenue (close to Sixth Avenue MRT). Not a bad working environment, but also ideal for coffee, tea and book brewing! I’ve found it an ideal place to meet publisher, editor, author and illustrator - all at different times of course.

Huggs-Epigram Coffee Bookshop might be the new-boy on the block, but it has attracted more authors, writers, publishers and media people than any other cafe I know in Singapore. And it only came into being a few months back. If you don’t find the wall of books a distraction, this is the place to meet publishers - Edmund Wee, of Epigram, for starters – and plenty of other writers, established or struggling. It’s also where at least one Singapore book started its journey to the best-seller list.

Relish by Wild Rocket, at Cluny Court, Bukit Timah Road (opposite the entrance to the Botanic Gardens MRT). Ideal for book business discussions. Can get a bit busy and noisy when families come up for lunch.

Pauls at Paragon and Raffles City is where I’ve met with published authors, travel writers and newbies in the book game. Bit expensive for struggling writers but if publishers want to talk and will pay for your meal, opt to meet there!


A is for Awards for books/authors: Global and local.

The Book Awards offered annually by the Singapore Book Publishers Association (SPBA) might not be up there with the Nobel Literature Prize – awarded to Peter Handke for 2019 and Olga Tokarczuk for 2018 – or the Booker Prize, which will be known any day now. But let’s celebrate and honour the authors, books and publishers on home ground.

Epigram was the big winner with four awards this year, according to Olivia Ho in The Straits Times on 3 October. Mentioned above, Book of the Year was The Naysayers Book Club. 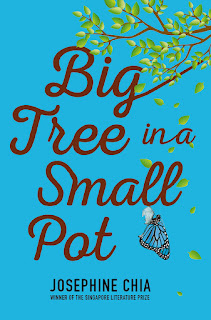 Other award winners of note: Nury Vittachi’s The First of Everything with the Best Education Title, while Flying Sleeves – The Grandeur of the Chinese Opera by Dr Chua Ee Kiam, took the Best Non-Fiction Title.

And we cannot resist offering a not-so-subtle message to SBPA: it would be a good idea to publish your 2019 winners on your own website and to share the good news with more book lovers/reviewers than those on the Straits Times.

B is for Books: there’s more in store.

Diplomats in Singapore often get into print and former Minister of Foreign Affairs Professor S. Jayakumar is no exception. The new edition of his book, simply titled Diplomacy, came to light at a public airing at the Central Pubic Library late last month.

Another old-timer who keeps coming up with books is retired banker Richard E. Hale. Known as a great bird-watcher and environmentalist, he’s become well-known later in life as a chronicler of historic figures. When we met up recently it was to collect a signed copy of his latest effort, a small book published by Entrepot (of Penang) entitled Fraser’s Hill and Lewis J. Fraser of Singapore, which is stacked with essential details and moving stories. His previous work was The Balestiers: The first American Residents of Singapore.

That’s probably more than enough for this month’s ride around the literary scene of Singapore in our brand new AB-CAB. 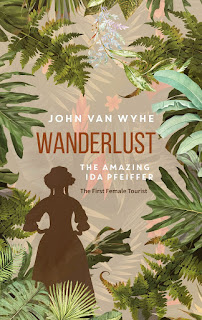 As we always have a hankering for books with a travel theme – past or present – we’re looking forward to Wanderlust by John van Wyne, published by NUS Press. It was ranked highly by Olivia Ho as one of her top 6 reads for October. It’s all about mid-19th century “tourist” Ida Pfeiffer from Austria, who ventured into this part of the world around the same time as renowned naturalist Alfred Russel Wallace, whom we mentioned last month.

(See also The Art of Travel by Ken Hickson.)