PEN TRANSLATES' WILL FORRESTER: IN CONVERSATION WITH NICKY HARMAN 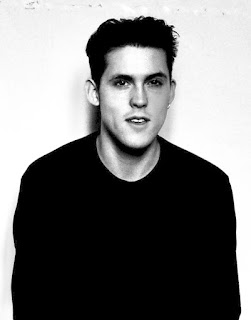 
You’ve had one round of PEN Translates, how did it feel? What were the most exciting books that came out of it for you?


PEN Translates is an incredibly exciting programme; to be a part of bringing these books to the UK market feels special. These books – irrespective of form, genre and context – are significant pieces of literature, and significant contributions to our bibliodiveristy. The programme doesn’t award a book simply for reflecting PEN’s mission, but I do think it’s important that it awards both merit and courage. I’m particularly pleased that an illustrated children’s book – Dunja Jogan’s Felix and His Suitcase, translated from the Slovenian by Olivia Hellewell (Tiny Owl) – received an award. This is an important reminder of how broad our conception of bibliodiversity should be. The range of voices and perspectives represented in this round – established and emerging writers and translators alike; new outlooks on familiar contexts alongside literature from resolutely underrepresented spaces – is thrilling. Standing side-by-side we have Yan Lianke and Carlos Rojas (Chatto & Windus), stories from Myanmar translated by Alfred Birnbaum (Yezet, Strangers Press), and a memoir from Habiburahman, Sophie Ansel and Andrea Reece on the Rohingya experience (Scribe).
The programme, which has become central to the sector, also provides a broader litmus test on literature in translation. And this round reveals a positive one. The volume and standard of submissions are marked. The representation of small and regional publishers is also exciting: four fifths of the award-winning titles are from independents, and more than half are published outside London by presses like Carcanet, Charco, Comma, Strangers and Scotland Street. That said, the growing commitment to translation from the large publishers is equally exciting: we’re seeing more work in translation from PRH, Hachette and others, which is crucial.

One encouraging development is the increase in projects commissioning and co-publishing original-language and English-translation books simultaneously. I think that shows vitality. We’re also pleased that Ho Sok Fong’s Lake Like a Mirror, translated by Natascha Bruce, has been picked up by Granta from our PEN Presents programme, and in turn now won a PEN Translates award. In terms of new directions, the positive increase in translated literature coming to us also means that the programme has to grow; doing that, of course, is a long and complex thing.

You worked for Commonwealth Writers at the Commonwealth Foundation. Can you tell us a bit about adda and any other initiatives you were involved with? And which authors most interested you?

adda is a wonderful platform – not only because it amplifies new voices, but because it does so with inclusion and the representation of the less-heard at its heart. I was fortunate to edit some exceptional new writing for adda – two favourites being Emeka Nwankwo’s exploration of trans rights and traditional spirituality and art in Igbo culture, and Simone Haysom’s extraordinary ‘Excellent Baddie Territory’, a piece that looks at insects, private detectives, and the connections of the ecological and the sociological in Johannesburg. Although, in a way, sifting the open calls (and their wealth of new world literature) was just as exciting as the editorial work – I gained insight into a lot of new worlds through this. I’m particularly interested, at the moment, in the new generation of Caribbean and Latin American writers, and in indigenous cultural expression from the South Pacific.

This world-widening is also true of the Commonwealth Short Story Prize, which is a unique creature. The 5,000 stories it receives every year, across ten languages and from fifty countries, are diverse in the most meaningful sense. Jenny Bennett-Tuionetoa’s ‘Matalasi’, a story from Samoa that won for the Pacific region in 2018, and Lynda Clark’s ‘Gillie’s Mum’, that took the Canada and Europe prize in the same year, are consummate examples of the power of the form, and I’d urge everyone to read them. The same is true for 2019’s winner – Constantia Soteriou’s ‘Death Customs’, translated by Lina Protopapa – which is an incredible piece on war and its effects on women, and also the first story from Cyprus and the first story in translation to win the Prize.

Before I moved to English PEN, Commonwealth Writers held a translation symposium with writers, translators, publishers and booksellers from South and Southeast Asia in Penang, Malaysia. I think this will become a vital initiative in the region, and a very exciting part of Commonwealth Writers’s work.

Are there any fundamental differences, do you feel, between getting translated and English-language-original fiction from the Commonwealth to UK readers?

I think that’s a wonderfully slippery question, which rests in what we mean by ‘different’; it’s also a question about whether there should be difference. If it’s about celebrating the ways that diverse literary and linguistic cultures constellate, and about how translatative acts can broaden worldviews and transmit across boundaries, then this is positive. If it’s about othering literature published in languages other than English – and therein peddling the colonial systems that have produced such difference, rather than deconstructing the power dynamics of who gets to translate and be translated, and questioning which languages are and aren’t involved – then we should disavow this. I think that gets to the heart of the ethics of translation: that we can and should highlight without segregating (in bookshops, in newspaper books sections, in our reading cultures). I don’t think that’s something we’ve yet achieved, and I think translated fiction does continue to come to readers differently to English-language fiction precisely because it reaches readers filtered through a chain of writer, translator, editor, publisher, reviewer, bookseller and reader, and because this chain continues infrastructurally to entrench difference. I think that, if we are to be ethical about translation, we must enfranchise each part of this chain to be so.

What are the upcoming projects for the Writers in Translation programme at English PEN? Do you have any new initiatives planned?

It’s an exciting time for PEN: our centenary is in 2021, and translation and world literature will be at the heart of that. We’re also planning various new initiatives, and I’m keen that these, in part, focus on the latter half of the chain that I mention: I’m looking at what English PEN can do for reviewing and reading cultures, and hoping to convene the sector to discuss these things, putting booksellers and media representatives squarely at the centre.

International Translation Day, which PEN programmes and runs, is coming up in September. This is another project I hope to explore and expand – to look at how we can make ITD a higher-profile, public-facing day for celebrating, highlighting and promoting literature in translation.