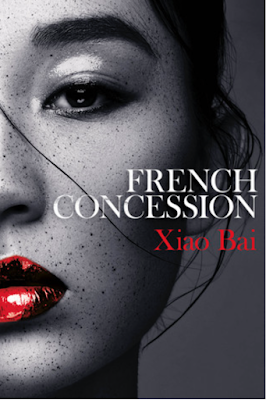 The Asian literary spy genre isn’t a defined genre as such, but perhaps it should be.  Xiao Bai’s French Concession stands in a solid pantheon (if one may call it pantheon within such an amorphously-bordered genre that encompasses such disparate geographies and time periods) that includes Mai JIa’s recent thriller Decoded, compared to Eileen Chang’s Lust, Caution (per one review) and poses as a counterpoint to a host of other Asian literary spy thrillers written as far back as Francis Van Wyck Mason’s 1933 Shanghai Bund Murders.  One key difference with Xiao Bai’s offering is that it’s a literary spy novel written by an Asian writer in his native language, and subsequently translated for a Western audience, thus the translation itself (by translator Chengxin Jiang) stands as a conduit that needs to be considered.

French Concession draws upon the ribald history of 1931 Shanghai, when Shanghai as a cut-up territory of foreign concessions allowed for a free-for-all milieu of buccaneers, profiteers, opium-smugglers, gun-runners, land-grabbers and real estate speculators.

As Stella Dong described Shanghai in The Rise and Fall of a Decadent City, Shanghai during this interwar chapter between World War I and II was “pleasure-mad, rapacious, corrupt, strife-ridden, licentious, squalid and decadent.” 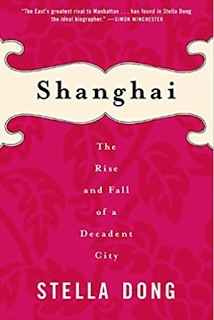 Xiao Bai’s creole protagonist, a half-French half-Chinese photographer, is a morally ambivalent figure, owing neither allegiance to city nor to government, be it French, British, American, Communist or Nationalist.  More pointedly, Hsueh’s sole loyalty seems to be to his ‘peter’ as he vacillates between two women -- the White Russian emigre and gun-runner Therese Irxmayer and the Communist operative, Leng -- and his moral ambivalence is perhaps emblematic of the geopolitical stance of Shanghai itself, dissected as it were, almost a bystander (despite the 1927 massacre) in the emerging conflict for power between the rising insurgence of Communism within Chiang Kai Shek’s increasingly authoritarian regime.

Leng’s husband’s brutal shooting at the Shanghai docks kicks off the novel, and the plot spins away from this incident to involve a chain of events featuring a host of characters complex enough to warrant a dramatis personæ in the beginning of the book.  As the French Concession police struggles to get to the bottom of the shooting, they recruit Hsueh to be a spy even as Leng’s comrades attempt to bring him round to the Communist cause.  Therese is a linchpin in the whole maelstrom, the one providing the weapons so to speak in the conspiracy by Leng’s renegade Communist cell to destabilise the various concession regimes in order to spark a revolution.   Xiao Bai’s appendices include fragments of historical extracts (many of which were police investigation reports divulged from Shanghai historical archives)  and they tell us that the key characters such as Hsueh, Ling, Therese existed and some of the main incidents such as the shooting actually occurred, thus rendering this novel a partial historical reconstruction, albeit with an apologia from the author himself as to how much needed to be fictionalised.  With such a fascinating historical tableaux vivant, one that evidently showcases the author's whimsical delight in historical minutiae (e.g. the fact that tea transported across the Gobi dessert tasted of camel piss to the Russian emigres in Shanghai), the whodunnit in French Concession reads more 'literary than it does 'spy'.

However, what makes this debut in English unique is Xiao Bai's spicing up of a historical police procedural with the many strands of municipal politics within Shanghai (e.g. the Greater Shanghai Plan -- an urban development plan conceived by the Kuomintang government and opposed by the various concession regimes), especially his cross-disciplinary approach of weaving history within espionage fiction.  Xiao Bai is quoted as saying that he finds the novel a more conducive framework in which to 'break through the bottleneck of historical narration' in modern history studies.  His hand-drawn street maps of various sections of old Shanghai certainly breaks up convention (although this could have been used to greater narrative purpose beyond assisting the reader in picturing locale).  The translation deserves mention as well -- the choice of words (“capo” for the head of a criminal gang) and diction in sentence (how European businessmen often ‘style themselves captains’ with ‘portholes and ship wheels in their houses’) often attempt to close the distance with Western readers, perhaps at the expense of the integrity of the underlying original authorial voice.  Nevertheless, all these aspects place Xiao Bai’s debut within the more imaginative, rather than less, and the more innovative of Asian literary spy thrillers, especially given the resurgent interest in Chinese mystery novels (see Paul French’s excellent article in L.A. Review of Books "A Short Look at the Long Literary History of Spies in Asia").

Details: French Concession (publisher HarperCollins) is available in English in bookstores and online in different formats at local prices.
Posted by E.P. Chiew at 11:27