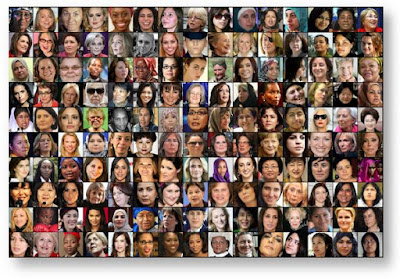 Today's International Women's Day is a time to reflect on the needs of women, particularly rural women, in Asia, and to stress the importance of international efforts to ensure that in the region, and elsewhere:
- all girls have access to health care in infancy
- all girls receive primary education
- all girls are literate
- all forms of discrimination against all women and girls is ended
- all forms of violence against all women and girls in public and private is ended
-  trafficking and sexual exploitation is ended.
- child, early and forced marriage is ended
- female genital mutilation is ended

International Women's Day is a time to reflect, too, on the tireless work of activists who are central to promoting women's rights. Under this year's theme, Time is Now: Rural and Urban Activists Transforming Women's Lives, events around the world, including here in Asia, will capture the vibrant work of activists as they push for change.

In Asia, rural women are particularly disadvantaged. Rural women till the lands and plant seeds ensuring food security for their communities. As primary energy managers in households, they can lead the way in transitioning to sustainable energy and build climate resilience. Yet, on almost every measure of development, in Asia, as elsewhere, rural women fare worse than rural men or urban women. They are disproportionately affected by poverty and unequal access to land and natural resources, infrastructure and services, and decent work and social protection.

International Women's Day events taking place in Asia today, drawing attention to women's rights, include a bicycle marathon in Timor-Leste, and a Battle of the Bands competition in the Philippines to raise awareness of the importance of creating safe and violence-free public spaces for women and girls. In Cox's Bazar, Bangladesh, Rohingya women refugees at UN Women's Multi-Purpose Women's Centres will make kites and write their demands and wishes on them before flying them, to celebrate International Women's Day, followed by a video screening and debates on economic resilience.

To mark International Women' Day, UN Women Executive Director, Phumzile Mlambo-Ngcuka, said: "We know that healthy societies include a wide mix of voices, yet millions of women around the world are being silenced and their potential cramped. The current solidarity movements have to be a tipping point for accountability; an end to impunity and the cyclical poverty of women in both rural and urban areas. Lively political activism from both men and women must target change for those who need it most".