Book of the Year of the Rooster 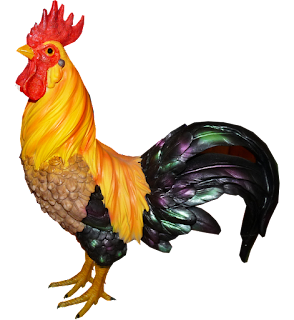 Asian Books Blog runs its own literary award: the Asian Books Blog Book of the Lunar Year. We are about to confer the award for the Year of the Rooster, now drawing to a close.

Asian Books Blog highlights books of particular interest in, or especially relevant to, Asia, excluding the Near West / the Middle East.  The award thus highlights such books. Authors can be of any nationality, and can be published anywhere, either conventionally, or through self-publication – an important route for new voices in Asia, especially in the many countries within the region with limited publishing industries. Self-published titles are eligible in eBook format. Traditionally published titles must be available in a physical format, either hardback, or paperback. (Although they were eligible, no self-published books have been included on this year’s shortlist.)

The blog covers literary fiction, genre fiction of all genres except erotica, and narrative non-fiction. Hence books in these categories are eligible for the award. Books must be either works originally written in English, or translations into English.

Twelve books are shortlisted. The shortlist is intended to include a mix of books by new and established authors, of authors from all over Asia excluding the Near West, and of men and women. Books are intended to represent a variety of publishers, both those based in Asia, and those based in the big centres of international publishing.

The winner is decided by voting, with votes polled from the blog’s readers.

So: the shortlist for the Asian Books Blog Book of the Lunar Year in the Year of the Rooster...

The Kingdom of Women: Life, Love and Death in China’s Hidden Mountains by Choo Waihong, published by I.B. Tauris.

Snow Over Surabaya by Nigel Barley, published by Monsoon.

River of Life, River of Death: The Ganges and India’s Future by Victor Mallet, published by Oxford University Press.

The Green Phoenix by Alice Poon, published by Earnshaw Books.

The Infinite Library and Other Stories by Victor Fernando Ocampo, published by Math Paper Press.

The Strange Disappearance of a Bollywood Star by Vaseem Khan, published by Mulholland Books.

The winner of the Asian Books Blog Book of the Lunar Year for the Year of the Rooster will be announced on February 16, Chinese New Year’s Day for the upcoming Year of the Dog.

HOW TO VOTE: To vote e-mail the title of your one choice for the winner to asianbooksblogvoting@gmail.com. Voting closes at 5pm on February 15th.
Posted by Rosie Milne at 14:12