Be happy, whatever you celebrate! 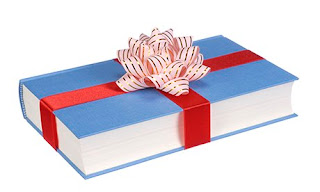 Granted there are parts of Asia where nobody celebrates Christmas, but Asian Books Blog is following a conventional Western pattern, and closing for the holiday-for-some season. We'll be shut from now until January 12, when we'll be back with the announcement of the shortlist for the Asian Books Blog Book of the Lunar Year in the Year of the Rooster.

In the meantime, several recent guest contributors, and also some of our regular contributors, have shared their thoughts on books they'd like either to give as a Christmas gift, or else to receive in their own Christmas stocking. All the books have an Asian theme, of course. Check out their suggestions if you are looking for something to read yourself, or else stuck for an idea about what to give to somebody who seems to have everything.

Nigel Barley, author of Snow Over Surabaya: I'd ask for A Shadow Falls: In the heart of Java by Andrew Beatty.  It's a moving account of a young anthropologist, living in a village and taking part in village life, who watches the old, tolerant form of Javanese Islam displaced by a younger, harder, fundamentalist version - less kind, less humane, less rooted in the culture and history of Java.

Victor Fernando Ocampo, author of The Infinite Library and Other Stories: For an adult friend I would give  Anthony Reid's Southeast Asia in the Age of Commerce, 1450-1680: The Lands Below the Winds. This is an absolutely fascinating book about the shared history of the peoples of Southeast Asia and their relationships with the Northern Asian kingdoms, the Indian subcontinent and the Western powers. If you are a politician or a policy maker it will open your eyes to why the region is what it is today. If you are a writer, it will provide you with a lot of source material for a potentially insightful science fiction fantasy or historical fiction piece. Also, If this friend is a really good one, I would throw in a copy of Edward Said's Orientalism, which makes an ideal companion book.

Jo Furniss, author of All the Little Children: I’m going to choose a foodie love story called Soy Sauce for Beginners by Singaporean Kirstin Chen.  It concerns Gretchen Lin, adrift at the age of thirty, who leaves her floundering marriage in San Francisco to move back to her childhood home in Singapore, where she immediately finds herself face-to-face with the twin headaches she’s avoided her entire adult life: her mother’s drinking problem and the machinations of her father’s artisanal soy sauce business. Surrounded by family, Gretchen struggles with the tension between personal ambition and filial duty, but still finds time to explore a new romance with the son of a client, an attractive man of few words. When an old American friend comes to town, the two of them are pulled into the controversy surrounding Gretchen’s cousin, the only male grandchild and the heir apparent to Lin’s Soy Sauce. In the midst of increasing pressure from her father to remain permanently in Singapore - and pressure from her mother to do just the opposite - Gretchen must decide whether she will return to her marriage and her graduate studies at the San Francisco Conservatory, or sacrifice everything and join her family’s crusade to spread artisanal soy sauce to the world.

Alison Jean Lester, author of Yuki Means Happiness: All I want for Christmas is The Borrowed, by Chan Ho-Kei, translated by Jeremy Tiang, an unconventional crime novel set in Hong Kong. I love Hong Kong, I love crime novels, and I love Jeremy Tiang’s own fiction. Having left Asia for England last year, I imagine turning my back on a wet and wintry Worcestershire day and traveling in my mind to Hong Kong via this novel spanning five decades of love, honour, race, class, jealousy and revenge.

Nicky Harman, translator, Chinese to English: Can I have Sea of Poppies, book 1 of the Ibis Trilogy by Amitav Ghosh, please? I just love the inventive use of language, the many varieties of English (much of which I don't understand but it doesn't matter), and of course the characters and the stories. Books 2 and 3 have more about China, but there's a freshness about book 1 that really appeals to me.

Alice Poon, author of The Green Phoenix: One book about Asia that I'd like to receive as a Christmas gift would be The Great Walk of China: Travels on Foot from Shanghai to Tibet by Graham Earnshaw. From the reviews that I've read, this is a travelogue with a difference - one that focuses on the people rather than the places.

Stephanie Han, author of Swimming in Hong Kong: I'd like Deer Hunting in Paris, by Paula Young Lee. This book depicts difference with humour, wit, and affection. Lee shows how outsiders share a common relationship to community, and gives us hope that grace and intelligence are both possible and plausible keys to compromise.

Victor Mallet, author of River of Life, River of Death, The Ganges and India's Future: Can I make a rather unusual selection that is very much in tune with contemporary concern for the natural world? It is Trees of Delhi: A Field Guide, by Pradip Krishen. This is not just a first-class identification guide for the rich tree life of India's capital, but a trove of fascinating historical, social, biological, agricultural and medical information from one of India's most acute observers of nature.

Phil Tatham, publisher at Monsoon Books: I have asked Santa Claus for a copy of Eka Kuniarwan's Man Tiger. This young Indonesian author has been dubbed the successor to Pramoedya Ananta Toer and I've been hearing great things about his writing, not least from his wife, Ratih Kumala, whose latest novel, Cigarette Girl, I published earlier this year. Having studied Indonesian Literature at university, I am familiar with some of the classic Indonesian novels but I am more excited about the new raft of writers popping up in Indonesia, led by the likes of husband and wife authors Eka Kuniarwan and Ratih Kumala.

Melanie Ho, author of Journey to the West: As a Christmas gift, I'd give Midnight in Peking by Paul French - it's a gripping and fascinating story and I've often given this book to friends and family.

Lucy Day Hobor, columnist, Asian Books Blog, responsible for the Backlist books column: Next on my Asian reading list is the home-grown Burmese novel Not out of Hate. It was the first Burmese novel to be published outside Burma in an English translation. I wanted to read a novel about Burma, and looked to see whether there was anything famous apart from George Orwell's Burmese Days, which was of course not written in Burmese. It will be interesting to compare the different perspectives of the two novels.

Elaine Chiew, columnist, Asian Books Blog, responsible for the Contemporary voices column: The one book hands down I would give to anyone is Viet Thanh Nguyen’s The Sympathiser, easily the most amazing book I read this year.   Not only does it grapple with the genre of the spy novel intermixing it with realistic fiction, the book also explores some of the most important themes in contemporary art and literature: first, violence, political conflict and the imperialism of ideology, and second, the meaning and significance of dual identities, since the narrator is born of a Vietnamese mother and a French father.  The Vietnam War as imagined and narrated in the United States is also a creature created by film and theatre, and Thanh’s book draws this analogy in brilliant satirical prose while drawing critically from the philosophy of violence and the legacy of history.

Rosie Milne, editor, Asian Books Blog.  I didn't realise quite what a difficult task I'd given people in asking them to select just one book until I tried to do it myself.  I was tempted to dodge the whole business of choosing and say I'd be happy with absolutely any book anybody was kind enough to give me - but I decided that really would be too much of a cop out.  So, I choose the Korean classic of autobiography, The Memoirs of Lady Hyegyeong, mainly because my daughter raves about it, and since she knows I haven't read it, quite possibly I'll be given it!

Whether you celebrate Christmas or not, whether you choose to give any of these books, or not, or to ask for them or not, do have the happiest of times over the next month and best wishes for the solar new year.