It's out second Tsundoku of lockdown and maybe we have a problem - fewer books than normal are being published but maybe, if you're lucky, you're getting through your tsundoku pile? So this May is a little light, but some good stuff all the same...

That We May Live is a remarkable anthology of Chinese speculative fiction offers seven tales of societal responsibility and individual freedom. It's also the first book in the brand-new Calico Series, we bring you work by some of today's most exciting writers from China and Hong Kong, including Dorothy Tse (tr. Natascha Bruce), Zhu Hui (tr. Michael Day), and Enoch Tam (tr. Jeremy Tiang). 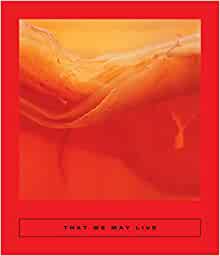 C Pam Zhang's How Much of These Hills is Gold is a sweeping adventure tale, an unforgettable sibling story and a remarkable novel about a family bound and divided by its memories.Wagons, gambling dens, dusty towns and dodgy outlaws. Two Chinese orphaned siblings, Lucy and Sam, who confront the fantasy of the American Dream while carrying their father's body across the west in search of a place to bury him. 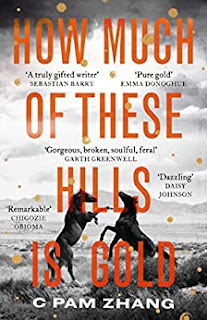 Timothy Hallinan's Street Music sees his recurring character Poke Rafferty in Bangkok. The most cantankerous member of the small gang of Old Bangkok Hands who hang out at The Expat Bar suddenly goes missing under suspicious circumstances. Engaged in the search for the missing American and the challenges of life with a newborn, Rafferty misses the fact that he's being followed by someone who puts his whole life in Thailand at risk. 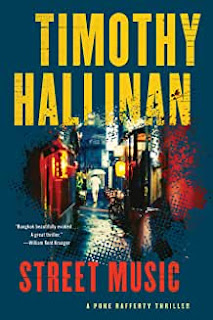 And some non-fiction around this month too...

Tessa Keswick (yes, of those Jardines Keswicks) memoir The Colour of Sky After Rain starts from her first trip to China in 1982. Over the next thirty years, she travelled extensively in China, visiting its temples and landmarks, the sites of its most famous battles, and the birthplaces of its best-known poets and philosophers. She also witnessed China's transformation, as hundreds of millions were lifted out of poverty and the country emerged as an economic superpower in waiting. 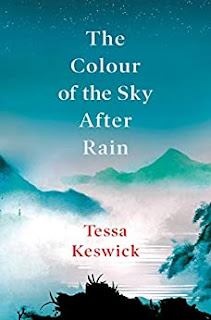 Covell Meyskins's Mao's Third Front starts in 1964, with the Chinese Communist Party making a momentous policy decision to construct a top-secret massive military industrial complex in the mountains of inland China was built, which the Party hoped to keep hidden from enemy bombers. Mao named this the Third Front. The Third Front received more government investment than any other developmental initiative of the Mao era, and yet this huge industrial war machine, which saw the mobilization of fifteen million people, was not officially acknowledged for over a decade and a half. 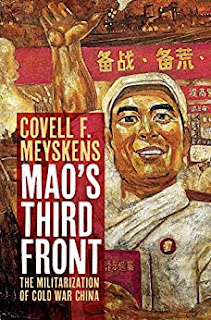 And finally Gregory Adam Scott's Bulding the Buddhist Revival: Reconstructing Monastries in Modern China. Between 1850 and 1966, tens of thousands of Buddhist sacred sites in China were destroyed, victims of targeted destruction, accidental damage, or simply neglect. During the same period, however, many of these sites were reconstructed, a process that involved both rebuilding material structures and reviving religious communities. 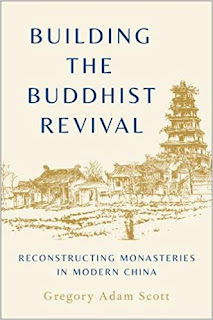