Tsundoku #11 (The All Fiction Special)

2020 is shaping up as a record year for books by Asian and Asian diaspora writers in the world of fiction as well as a bumper crop of non-fiction on the region. So without further ado let’s find some additions to your 2020 tsundoku pile…This January/February I'm focussing on the fiction…

Jeet Thayil is back with Low. Following the death of his wife, Dominic Ullis escapes to Bombay in search of oblivion and a dangerous new drug, Meow Meow. So begins a glorious weekend of misadventure as he tours the teeming, kaleidoscopic city from its sleek eyries of high-capital to the piss-stained streets, encountering a cast with their own stories to tell, but none of whom Ullis - his faculties ever distorted - is quite sure he can trust. 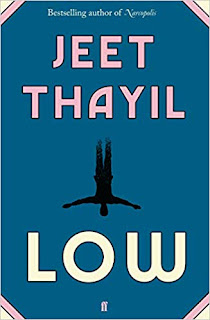 Ann Holmwood and Gigi Chang’s ambitious project to translate all Jin Yong’s (Louis Cha) Legends of the Condor wuxia series continues with A Snake Lies Waiting. Guo Jing has confronted Apothecary Huang, his sweetheart Lotus' father, on Peach Blossom Island, and bested the villainous Gallant Ouyang in three trials to win her hand in marriage. But now, along with his sworn brother, Zhou Botong of the Quanzhen Sect, and his shifu, Count Seven Hong, Chief of the Beggar Clan, he has walked into a trap. Tricked by Huang into boarding a unseaworthy barge, they will surely drown unless Lotus - who has overheard her father's plans - can find a way to save them. 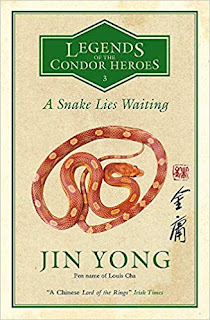 Elaine Chiew’s extremely well reviewed The Heartsick Diaspora and Other Stories is Set in different cities around the world, Elaine Chiew's award-winning stories travel into the heart of the Singaporean and Malaysian Chinese diasporas to explore the lives of those torn between cultures and juggling divided selves. 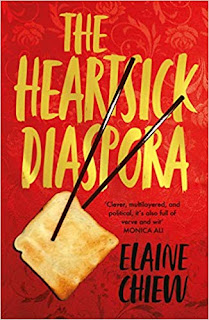 Paul Yoon’s Run Me To Earth sees Alisak, Prany, and Noi—three orphans united by devastating loss—must do what is necessary to survive the perilous landscape of 1960s Laos. When they take shelter in a bombed out field hospital, they meet Vang, a doctor dedicated to helping the wounded at all costs. Soon the teens are serving as motorcycle couriers, delicately navigating their bikes across the fields filled with unexploded bombs, beneath the indiscriminate barrage from the sky. 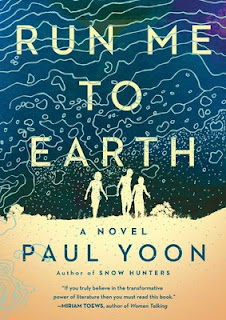 Very different is Elisa Shua Dusapin’s Winter in Sokcho which has one of the coolest covers for a book this year so far! It's winter in Sokcho, a tourist town on the border between South and North Korea. The cold slows everything down: the fish turn venomous, bodies are red and raw, beyond the beach guns point out from the North s watchtowers. A young French Korean woman works as a receptionist in a tired guesthouse. One evening, an unexpected guest arrives, a French cartoonist determined to find inspiration in this desolate landscape. 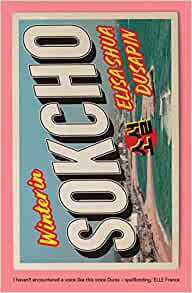 Jonathan Tel’s Scratching the Head of Chairman Mao sees China as the centre of the world, and the centre of China is Beijing, and at the center of Beijing is a billionaire financier named Qin. At the opening of this novel-in-stories, billionaire Qin is lying in state at his funeral, victim of a sudden and premature death. Moving back and forth in time, we meet a wide range of Chinese, all linked to Qin by a degree or two of separation: a property developer, a street artist, a prostitute, a fashion model, a spy, a thief, an expat lawyer, a muckraking journalist. By the end of this biting, post-post-modern cultural observation, the manner of Qin's death is revealed. Scratching the Head of Chairman Mao presents today's China in its full and fabulous complexity. 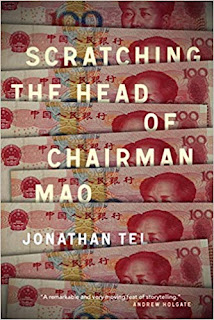 Laurie Dennis’s The Lacquered Talisman is a very different China – the story of the son of a beancurd seller who would go on to found the Ming Dynasty. Known as "Fortune" as a boy, Zhu Yuanzhang has a large and doting family who shepherd him through hardship until drought ravages the countryside and heralds a plague. 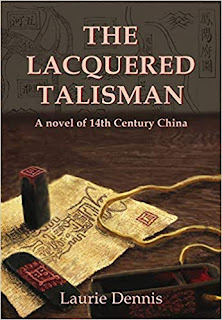 Riko Onda’s The Aosawa Murders starts on a stormy summer day as the Aosawas, owners of a prominent local hospital, host a large birthday party. The occasion turns into tragedy when 17 people die from cyanide in their drinks. The only surviving links to what might have happened are a cryptic verse that could be the killer's, and the physician's bewitching blind daughter, Hisako, the only person spared injury. But the youth who emerges as the prime suspect commits suicide that October, effectively sealing his guilt while consigning his motives to mystery. 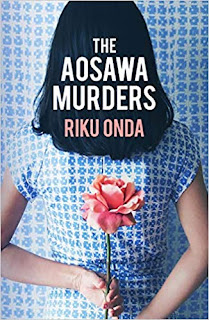 Great to see Japan’s Golden Age crime King Yokomishi Seiko finally translated into English with The Honjin Murders and The Inugami Curse – both as if Agatha Christie landed in 1930s/1940s Tokyo. 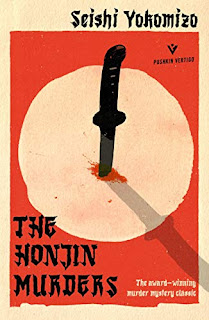 And two debuts getting rave reviews:

In Chia-Chia Lin's debut novel, The Unpassing, we meet a Taiwanese immigrant family of six struggling to make ends meet on the outskirts of Anchorage, Alaska. The father, hardworking but beaten down, is employed as a plumber and repairman, while the mother, a loving, strong-willed, and unpredictably emotional matriarch, holds the house together. When ten-year-old Gavin contracts meningitis at school, he falls into a deep, nearly fatal coma. He wakes up a week later to learn that his little sister Ruby was infected, too. She did not survive. 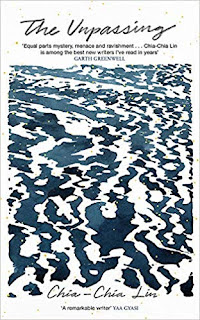 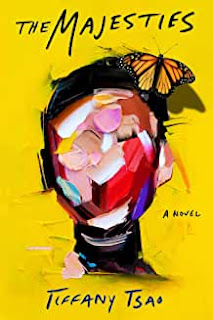 Tiffany Tsao’s visceral debut is filled with rage, and reads a bit like Crazy Rich Asians if the book began with familicide instead of romance (within the first few pages, a woman wakes up in the hospital to discover her entire family has been poisoned by her sister). The Majesties then flashes back to tell the stories of two sisters, the protected daughters of a super-wealthy clan of Indonesian-Chinese tycoons, as they struggle to find happiness, and grow increasingly bitter with their lot in life, and disappointed in those around them. Why not start off the new year with the perfect tear-it-all-down read.