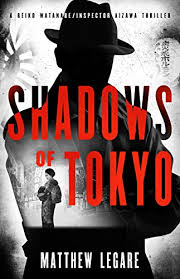 Matthew Legare is the author of the Reiko / Inspector Aizawa historical thrillers set in pre-World War II Japan, and published by Black Mist Books. Read his previous post about Shadows Of Tokyo, the first title in the series, here.

In this post Matthew writes about books he'd recommend to other authors researching historical Japan.

I am often asked how I conduct my research. In addition to movies, manga, novels, and documentaries, I seek out as many nonfiction books as I can find about my chosen era of Japanese history, 1920 – 1945. In no particular order, here are the main nonfiction titles I relied on when writing the first three books of the series, Shadows of Tokyo, Smoke Over Tokyo, and Conspiracy in Tokyo.

The Double Patriots by Richard Storry (1957)
One of the most thorough studies in English about Japan’s right-wing patriotic societies and the many assassinations and coup attempts during Interwar Japan. It even has membership rosters of famous groups like the Blood Brotherhood (Ketsumeidan) and the Cherry Blossom Society (Sakuraikai).

Government by Assassination by Hugh Byas (1942)
Written by a journalist who was stationed in Japan during the 1930s, this book is a great contemporary account of the 5-15 Incident, the mindset of the patriotic societies and the Japanese Military, and many other forgotten assassination and coup attempts like the infamous Shimpeitai Incident of 1933.

Conspiracy at Mukden by Takehiko Yoshihashi (1963)
An excellent account of the Mukden Incident of September 18, 1931 and the early months of the Manchurian campaign. It also covers the abortive March and October coup attempts that occurred that same year.

Japan’s Imperial Conspiracy by David Bergamini (1970)
Shocking when it was first published in 1970, this book insinuates the Showa Emperor was not an innocent puppet, but actually a warmongering puppeteer. Bergamini’s claims should be taken with a huge grain of salt. Though much of this book has been discredited, but many lesser-known affairs like the Dollar Buying Incident, the Blood Brotherhood Incident, the Communist crackdown of 1932 – 1933, are well-presented here. Use this as a springboard to more reputable books.

Hirohito and the Making of Modern Japan by Herbert Bix (2000)
This award-winning book is a much more reputable biography of the Showa Emperor, even though it also hints that he wasn’t as innocent as many postwar historians presented him. An excellent overview of the Showa Era (1926 – 1989).

The Japanese Army 1931 – 1945: Part 1 by Philip Jowett & Stephen Andrew (2002)
I am fascinated by historical uniforms and Osprey Publishing never fails to disappoint. This is a thorough record of Japanese Army uniforms from the 1930s – 1940s, with many colorful illustrations and photographs. Check out part 2 for uniforms covering all of World War II. 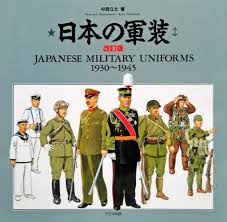 Japanese Military Uniforms 1930 – 1945 by Ritta Nakanishi (1991)
Another guide to Japanese Army and Navy uniforms. Lots of great illustrations covering full dress, service dress, specialty troops, and more. It gave me a great insight into uniform intricacies which I included in my writing.

Japan’s Total Empire by Louise Young (1999)
This book spotlights the relationship between Japanese society and the Manchurian Incident. It offers great details of how well-received the invasion of Manchuria was by the general public, despite the government’s reservations. Also interesting is how the popular press fueled patriotic fervor, creating a sort of vicious circle of militarism.

Revolt in Japan by Ben-Ami Shillony (1973)
One of the only books totally dedicated to the famous coup d’état attempt of February 26th, 1936. It also covers a lot of the 5-15 Incident and the factionalism within the Japanese Army between the Kodo-ha and the Tosei-ha.

Japan at War by the Time-Life Editors (1980)
Part of Time-Life’s amazing photographic books on World War II, this book covers the internal politics of Japan from the 1920s until the horrific bombing of March 1945. Along with Japan’s Imperial Conspiracy, this book piqued my interest in this era of Japanese history.

Tokyo Rising by Edward Seidensticker (1990)
Tokyo itself is a character in the Reiko Watanabe/Inspector Aizawa series, and this book has been a useful resource. It covers the city’s reconstruction after the 1923 Earthquake up until the late Showa Era.

Secret Agent of Japan by Amleto Vespa (1938)
Vespa was an Italian spy who worked for the Manchurian warlord Chang Tso-lin, before being pressed into Japanese service in 1932. Dripping with anti-Japanese vitriol and bias, the book nonetheless provides a shocking description of the criminal way Manchukuo was run.

The Imperial Screen by Peter B. High (2003)
This book is probably the most thorough and in-depth study of Japanese cinema prior to 1945, and an invaluable reference of Japanese mass culture during this time.

Japanese Police State: The Tokko in Interwar Japan by Elise Tipton (1991)
One of the only English-language books I’ve found that covers the infamous “Thought Police,” and it also shines light on the Japanese Police as whole before 1945. Extremely helpful when writing characters like Inspector Aizawa and the Tokyo Metropolitan Police Department.

The Dark Valley by Piers Brendon (2000)
One of my favorite books of all time, this text covers the chaotic decade of the 1930s through various countries – one of which is Japan – in meticulous and intriguing detail.

Geisha by Liza Dalby (1983)
Written by one of the only foreign geisha, this classic covers the history, etiquette, and rituals of the geisha. It’s a great introduction into what geisha are and aren’t – they aren’t prostitutes but many aren’t that high-class either. More like something in between.

Confessions of a Yakuza by Junichi Saga (1991)
One of the only first-hand accounts of the prewar yakuza, this memoir covers the life of a young hoodlum from the 1910s – 1950s, providing valuable insight into a secretive and bygone world.
Posted by Rosie Milne at 09:06