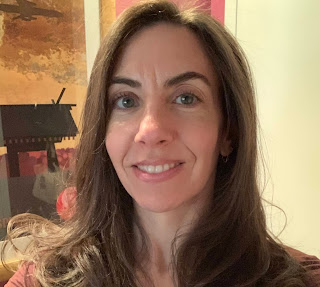 Can you tell me a bit about contemporary Japanese literature? What's the most exciting trend that you can see?

One of the most exciting things about contemporary Japanese literature, as far as I’m concerned, is the current tide of women writers of various ages.  From my unofficial research, the data appear to show that female writers have won at least half of the most prestigious literary prizes in recent years, and in what may be a more revealing facet, they are selling just as many books as male writers—and in all genres, be it mystery or fantasy or horror, or plain old literary fiction.  But what concerns me is that this relative parity within the Japanese publishing landscape is not being reflected in English translation.  When I look at the titles and number of books published in English, the imbalanced proportion (26%) is similar to what exists among fiction that is originally written in English.  Whereas I’m excited that there are new as well as overlooked Japanese women writers who are finding a readership abroad—such as Sayaka Murata, Yukiko Motoya, Taeko Kono, and Yuko Tsushima, to name just a few—it’s disappointing to see what appears to be a Western distortion being imposed on such a robust harvest of literature.

I notice your comment in a previous interview in World Literature Today that the biggest challenge for you is finding the voice. You said: "...before I even agree to translate a work—I have to hear the voice in my head first and feel confident that I will be able to convey that in English." I'm full of admiration, by the way, I often don't find the voice until I've finished the first draft and am revising it! Could you tell us about a book where you were particularly pleased with the voice you found for your author...or were surprised at the voice you'd found...or struggled to find the voice because it was very different from your own?

Oh, yes, hearing the voice is crucial for me, a prerequisite for the way that I translate, or perhaps the way I read….  Several of the writers with whom I work have such a talent for creating characters, and for developing an intimacy between them and the reader.  But I also think that, as a translator, matching your style to the writer is just as important.  I have done sample translations in the past and realized that I’m just not suited to translate certain writers—their style feels contradictory to my own, or I can’t find the right register—I think it’s important to acknowledge that.  But to get back to your question, I’m lucky that I’ve now translated three books each by two of the authors I work with, and that has enabled me to feel considerably more comfortable with finding the voice (or voices) for each book, and to become familiar with their idiosyncrasies.  I just translated a “side story” to Strange Weather in Tokyo by Hiromi Kawakami (the first of her books I translated), and it was such a pleasure to encounter her characters again.

Do you find that as a translator you do a lot of extra-curricular work to pitch work to publishers and/or promote your translations after they've come out? If so, do you enjoy it and why do you think you end up doing this kind of promotion?

I do a tremendous amount of work outside of actual literary translation, but I think this is true for many, if not most, translators.  The structure of the Japanese publishing industry is quite different from that in the U.S. or the U.K., so I do put a lot of effort into making connections.  I always say that the publication of a successful literary translation is like lightning in a bottle—so many factors need to be just right in order for this thing to occur.  Agencies in Japan function differently—their efforts are primarily focused on selling foreign rights into Japan, rather than in the other direction—and there are very few, if any, American or British editors who read Japanese.  I do enjoy doing this kind of matchmaking and editorial but it takes me away from the translation work.  I wish there were more hours in the day—I might even consider hanging out my own shingle.

In your 2017 WLT interview, you mention drawing up a list of Japanese writers who have not been translated but deserve to be. Has there been progress, for them or others, in the last two years?

Yes, one of the collectives I’m a member of—Strong Women, Soft Power—we collaborated on that article, with help from a couple fellow translators.  There was a fantastic response from editors, and I believe that four out of the ten on our list have now been published.  But that was only two and a half years ago, so I’m hopeful that number will grow.

And finally, what's your current book, can you tell us about it?

I’ve been co-translating a massive project called Lady Joker, a thriller based on a true crime that occurred in Japan in the 1980s—a kidnapping-corporate extortion heist—that is absolutely fascinating.  But the book is 1,500 pages in the original and requires a tremendous amount of research, so it’s taking my co-translator Marie Iida and me much longer than we expected to complete it.  This is my first experience with co-translating, though, and I am thoroughly enjoying it—I think this project lends itself well to teamwork, and I’m very pleased with the division of labor—it’s delightful to work with Marie.  Look for Lady Joker in 2020 from Soho Crime!