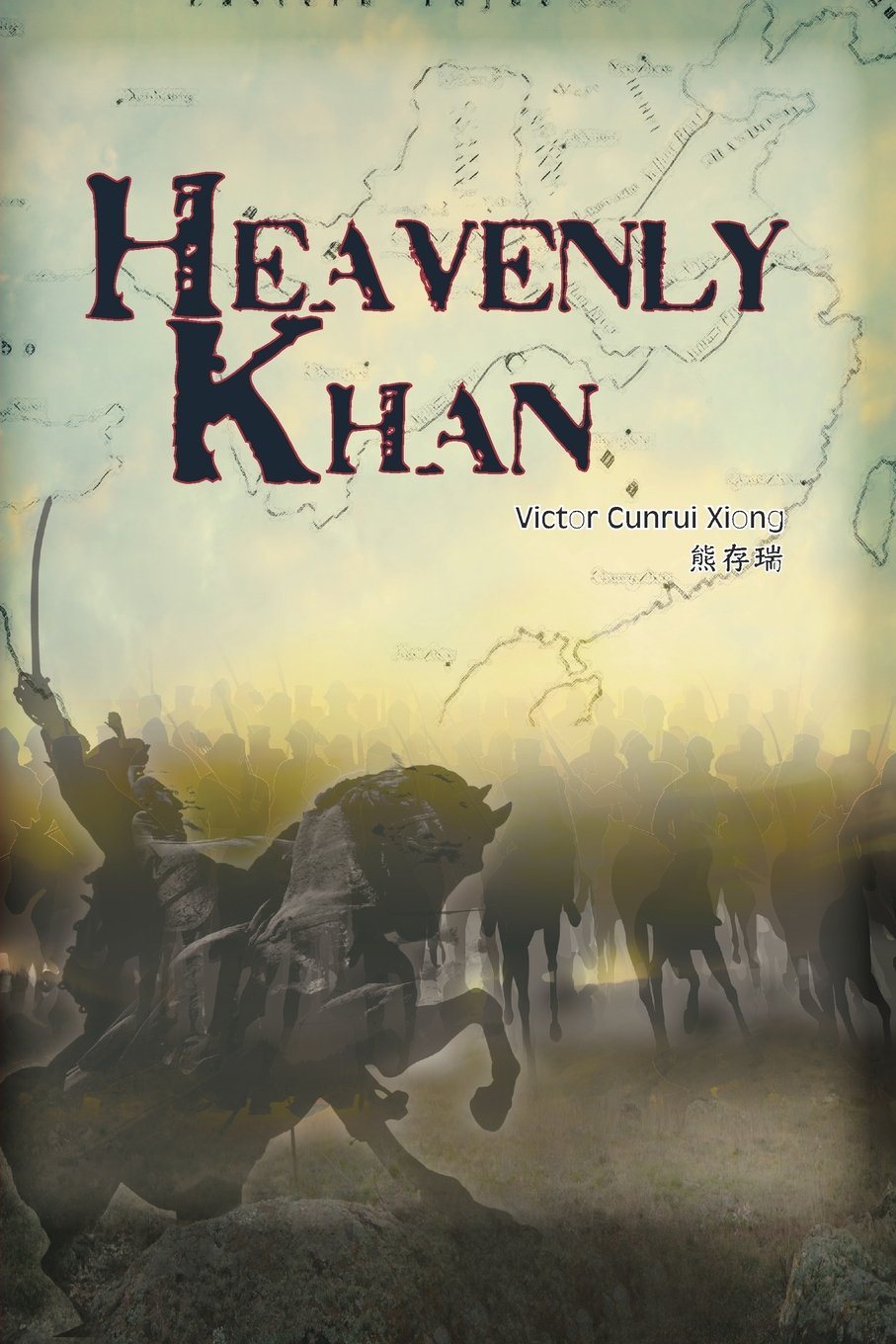 Indie Spotlight is our monthly column on self-publishing. This month Siobhan Daiko interviews Victor Cunrui Xiong, Professor of History, with a special interest in Asian history, at Western Michigan University, USA, and author of the historical novel Heavenly Khan.

Heavenly Khan is based on the story of Li Shimin (also known as Tang Taizong), the second emperor of the Tang dynasty, and arguably the greatest sovereign in Chinese history.  He grew up in a world of devastating upheaval that tore China apart, and he found himself thrust into the role of a military commander in his father’s rebel army while still a teenager. He proved himself to be a great military genius, vanquishing all his enemies on the battlefield. As emperor, ruling from 626 to 649 CE, he was open-minded. He encouraged critical suggestions by his court officials, which he often adopted, and he lent support to Buddhism, Daoism, and Christianity. The international prestige he won for Tang China was so high that the states of Central and North Asia honored him with the title of ‘Heavenly Khan.’


What inspired you to write a novel set at the time of the Tang Dynasty?
I have always had a wish to write novels since I was a teenager.  I did not have the time to write one until recently. As it happened, prior to that I had used historical novels on ancient Rome by Robert Harris in one of the classes I teach: World History to 1500. I wanted to use a novel on premodern China for the same class. However, none seemed satisfactory. So I wrote a novel myself.

Is Heavenly Khan fact or fiction?
This is actually a 'faction' or a hybrid between a novel and a history.  All the characters and places are real, so are all the major events.  It is about the life of Tang Taizong, from his military career to his seizure of power and through to his peaceful reign over the Tang empire. Arguably the greatest Chinese sovereign who ever lived, Tang Taizong was also a great military commander in the same class with Alexander the Great and Napoleon.

What can you tell us about your writing process?
First, as a historian, I spent more than 30 years studying Chinese history, especially the Sui-Tang period. Familiarity with the subject made the writing much easier. Second, I read great fiction and non-fiction as research for both writing and revising the novel. The most influential authors for me include: Robert Harris, Robert Graves, Sir Walter Scott, Henryk Sienkiewicz, Laura Hillenbrand, Albert Camus, André Malraux, Giuseppe Tomasi di Lampedusa, and Franz Kafka, among others. I finished the first draft essentially during one summer vacation, but spent a long time thereafter revising it multiple times.

What led you to choose self-publishing, as opposed to taking the traditional publishing route?
To be published by a traditional publisher is a time-consuming process. One has to find an agent first. That's difficult, since agents are now overwhelmed with requests by authors to represent them. I wanted my students to start reading the novel as soon as possible, and could not afford to wait. They have been enthusiastic, I’m pleased to say.

Any advice you can give to authors thinking about taking the indie route to publication?
Indie publishing is increasingly respectable. One should stop regarding being self-published as a stigma.  In fact there are no lack of success stories in self-publishing. Well-known indie authors include Walt Whitman, DH Laurence, Stephen Crane, Howard Fast, and more recently, EL James, author of Fifty Shades of Grey.

How do you reach out and connect with your readership?
I have tried to reach out through book review agencies and online groups. For example, sales improved greatly when information about the novel was circulated among members of a group for academics, the Early Medieval China Group. Many professors on the list adopted it for their courses on history or culture.

How would you describe your target readership?
English-speaking readers in the West and elsewhere interested in Chinese history and culture, especially college students.

What are your plans for developing your career as an author?
Prior to turning to faction, I wrote two academic monographs and an encyclopedia on medieval China. I will continue to publish academically. A new monograph will come out later this year, and my encyclopedia is currently going through a major revision. I am also editing the Routledge Handbook of Imperial Chinese History. Lastly, my annotated translation of the 8th century masterpiece Shitong will be published perhaps in two or three years. Meanwhile I will continue to write novels.

Details: For the Heavenly Khan website click here. The book can be purchased here on Amazon.com.
Posted by Rosie Milne at 18:41