Welcome to issue 2 of Tsundoku – a column by me, Paul French, aiming to make that pile of ‘must read’ books by your bed a little more teetering - fiction, non-fiction, photography and kids...and so...This is what has come across my desk so far that should be in the shops in March...

March looks like being a good month for non-fiction…

Julia Lovell’s long-awaited study of Maoism is out in March from Bodley Head – Maoism: A Global History. The book covers not just the legacy and remaining centrality of Maoism to China but it’s offshoots in Vietnam and Cambodia, Africa, terrorist cells in Germany and Italy, the continuing “Maoist” uprising in India, Nepal, Peru and elsewhere. Maoism as symbol of resistance, along with those that like the badges and the iconography and hopefully answering the question as to why Hitler and Stalin memorabilia is banned or hidden but Mao remains on display in homes globally? 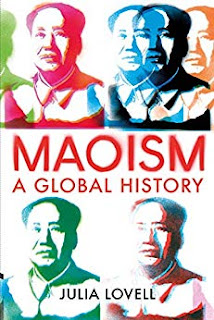 Some time ago Joanie Shirm was kind enough to share with me some of her father's letters from Shanghai. She was, at the time, researching her family history. Now she has published it as My Dear Boy: A World War II Story of Escape, Exile, and Revelation (Potomac Books)....It isn't all Shanghai; but it is all fascinating... 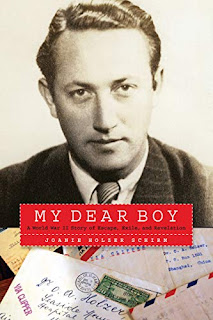 If you loved director Hou Hsiao-hsien’s wuxia flick The Assassin, the story of a Tang Dynasty swordswoman who refrains from killing then this collection of essays (The Assassin from Hong Kong University Press) might be a good read. The collection offers eleven readings, each as original and thought-provoking as the film itself, beginning with one given by the director himself. 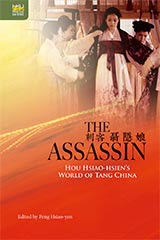 CNN International reporter James Griffiths has deep-dived China’s internet censorship regime and techniques in Great Firewall of China: How to Build and Control an Alternative Version of the Internet (Zed Books). Griffith’s argues that this censorship, and its continuing extension, can only be countered by a ‘radical new vision of online liberty’. And good luck with that in Xi’s PRC! (BTW: if you happen to be in London in March I'll be moderating a discussion on the GFW at The Frontline Club in Paddington with Griffiths and Anna Baccialeri from Amnesty UK who spearheaded the - successful for now - 'Google Drop Dragonfly' campaign) 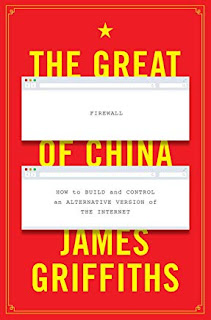 Jeremy Yellen’s study of Japan’s dream of a new Asia - Greater East Asian Co-Prosperity Sphere: When Total Empire Met Total War (Cornell University Press) in World War Two is a book many of us history buffs have been waiting for someone to write. Yellen is particularly good on the ways in which the imperial centre and its individual colonies understood the concept of the "Sphere", offering two sometimes competing, sometimes complementary, and always intertwined visions—one from Japan, the other from Burma and the Philippines. When you consider how much has been written about Nazi Germany’s plans for a world order compared to Japan then this book goes some way to evening up the score. 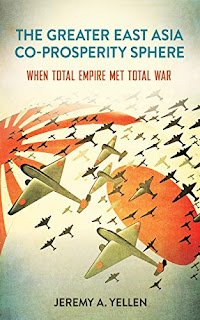 There’s some interesting new fiction too…

Pitchaya Sudbanthad’s Bangkok Wakes to Rain (Sceptre) has attracted a lot of good early reviews – one house in the chaotic mega-city that is the Thai capital and its history…a nineteenth century missionary, a jazz pianist in the 1970s, a swimming teacher to the resident of the city’s luxury condos today. Bangkok Wakes to Rain has to be a contender for the many prices for writing with a sense of place. 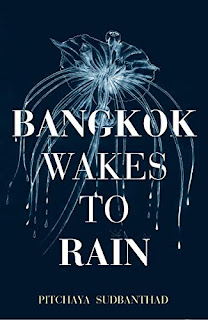 I happened to be in Hong Kong last year when martial arts writer Louis Cha (Jin Yong) died at 94. The outpouring of grief and the tributes to the writer were unparalleled. MacLehose Press, estimating Cha’s fan base at somewhere between the seriously massive and the phenomenally gigantic has embarked on new translations of his Legends of the Condor Heroes series. Book 2, A Bond Undone, translated by Gigi Chang, is out now. 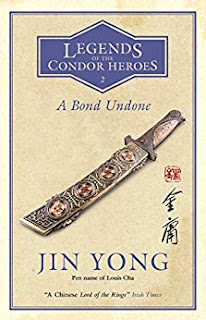 Jiang Zilong’s novel Empires of Dust (ACA Publishing) is out this March in an English translation by Christopher Payne and Olivia Milburn. Jiang is known as the founder of ‘Reform literature’ dealing with China’s industrial revolution beginning in the late 1970s. This is in that territory – set in Guojiadian, a hamlet in the rural northeast where nothing grows. Guo Cunxian starts a business making coffins and eventually becomes rich, lifting his fellow villagers out of poverty in the process; however, the corrupting forces of money, desire and power threaten to destroy everything he has built. 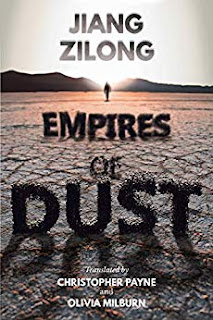 Juliet Conlin’s The Lives Before Us (Black and White Publishing) is set in Shanghai’s Jewish ghetto in 1939 and throughout the war. It’s a well-researched novel of the period focussing on the very different, but intertwined, fates of two European Jews in Shanghai, Kitty and Esther. The Hongkou Ghetto has been the subject of so many memoirs and studies but considerably less novels than you might imagine. Conlin’s story is a great addition to that slim shelf. 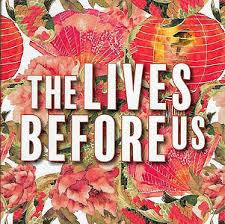 A major new photography book is out on April 1 from Canadian photographer Greg Girard whose previous books on Hong Kong at night, the old Kowloon Walled City, Okinawa and the destruction of so much of old Shanghai (among others) are perennial coffee table favourites of mine. Tokyo-Yokosuka 1976-1983 contains images of pre-bubble Tokyo, still with its post-war scruffiness but with a new modernity about to explode. 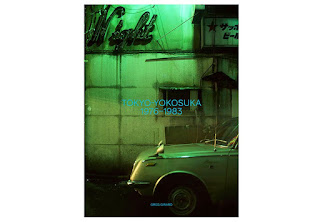 And a children’s book that’s a bit different - When Spring Comes to the DMZ by Uk-Bae Lee (Plough Publishing). Internationally award-winning author/artist Uk-Bae Lee has never known a united Korea but hopes for reunion. The book was originally published in South Korea in 2010 as part of the Peace Picture Book Project, featuring illustrators from Korea, China and Japan. A grandfather journeys to the DMZ to look north, remember, dream and hope. 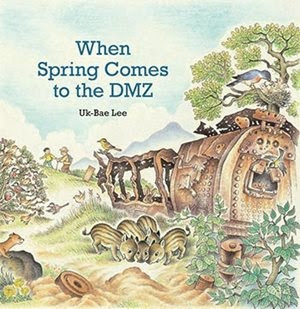 And thank you so much for your own tsundoku shots... 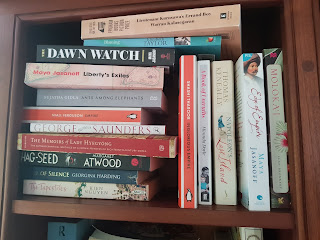 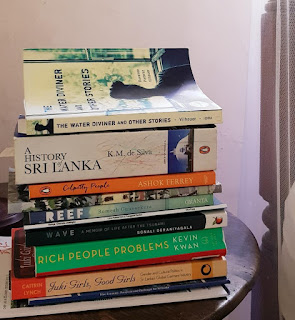 Josetta Nousjoki is currently sojourning in Galle, Sri Lanka - and her tsundoku reflects that... 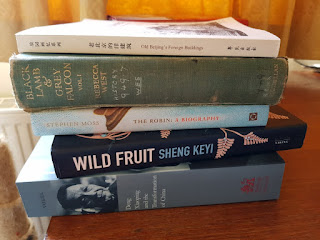 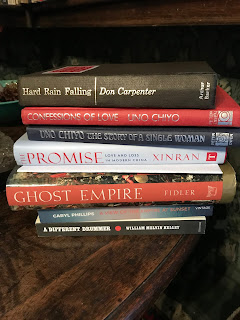 And, finally, my own tsundoku - Xinran is there are we are in discussion at the Daunt Book's Spring Festival on March 14th at their Marylebone High Street branch in London, while Richard Fidler's history of Constantinople is on my pile as I'm interviewing him at the Shanghai International Literary Festival on March 23.
Posted by Paul French at 01:44