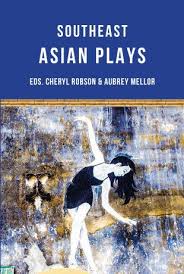 The plays were selected and edited by Cheryl Robson, publisher at Aurora Metro, and Aubrey Mellor.

On April 26-27 these and other plays will be explored at Sight/Unseen, a drama conference to be held at Goldsmiths, University of London. Here, Cheryl Robson talks about how the conference came about, and gives an overview of what it will offer.

Following our publication of Southeast Asian Plays, we wanted to find a platform to further promote the work of the selected playwrights internationally. The idea for the Sight/Unseen drama conference was born.

Tara Arts, led by Jatinder Verma MBE, was the first organisation to come on board.  Tara Arts is the UK’s longest standing Asian-led theatre company and a champion of multiculturalism. It has a 100-seat theatre and a smaller studio space in southwest London where it produces new work, adaptations of classics and original children’s theatre. Many of these productions tour throughout the UK and beyond. Tara Arts is open to collaborations with Southeast Asian theatre companies and the Sight/Unseen drama conference provides a great opportunity for networking with theatre-makers from the UK and beyond.

Gerald Lidstone at the Asia Centre at Goldsmiths, University of London, agreed to co-host the conference too. Having won an award as the best Confucius Institute, the Centre wanted to expand its offering to serve its large and diverse student population. In addition, academics and students from Royal Holloway, University of London, East 15 Acting Conservatoire at the University of Essex, and Regent’s Park University will be participating in discussions and play readings which will feature the work of playwrights from Southeast Asia as well as British East Asian playwrights, side by side.

The conference will tackle challenging issues facing playwrights in the UK and in Southeast Asia. Too many plays and tv dramas in the UK still present black, Asian and minority characters in stereotypical ways and there is marginalisation of British East Asian writers and actors. There are issues of censorship, including self-censorship and taboo subjects for Southeast Asian playwrights too. I’m hoping that this conference will provide a platform for the writers’ voices to be heard and for their work to be valued and explored.

As a way of offering a range of characters and issues we are launching a pioneering drama collection titled British East Asian Plays introduced by academics Amanda Rogers and Ashley Thorpe at the conference. Playwrights included such as Stephen Hoo, Yang-May Ooi, Lucy Chai Lai-Tuen, and Daniel York Loh offer theatre-goers an experience of worlds they have rarely encountered on topics such as trans-racial adoption and the Chinese diaspora in the Caribbean.

With Brexit looming large in the UK, there are opportunities for British theatre-makers to look beyond Europe for collaboration. Many Southeast Asian playwrights like Alfian Sa’at, Joel Tan, Dang Chuong, Floy Quintos and Ann Lee have a backlist of plays never produced in the UK, where there is a growing interest in the region. There are three plays in production currently in London with East Asian themes, namely The Great Wave by Francis Turnly at the National Theatre, Acceptance by Amy Ng at the Hampstead Studio and Mountains: The Dreams of Lily Kwok by In-Sook Chappell coming to the Theatre Royal Stratford East.

The Sight/Unseen drama conference is open to the general public. Read the full program and book your ticket here. Watch a video trailer here.

We hope that the conference might develop into an annual or biennial event, which could be held in Southeast Asia one year and the UK the next. Any organisations which would like to partner for future conferences can get in touch with me at cheryl@aurorametro.com.
Posted by Rosie Milne at 16:29