The Ramayana, traditionally ascribed to the Hindu sage Valmiki, is an ancient Sanskrit poem. It tells of  Prince Rama’s banishment from his kingdom by his father; his travels and adventures in forests across India with his wife Sita and brother Lakshmana;  Sita’s kidnap by Ravana, the demon king; Rama’s struggles  to rescue Sita.

The characters Rama, Sita, Lakshmana, Bharata, an emperor, Hanuman, the monkey god,  and Ravana are known throughout India, Nepal, Sri Lanka and south-east Asian countries such as Thailand, Cambodia, Malaysia and Indonesia.

Versions of the Ramayana are found in Khmer, Bahasa Indonesia, Malaysian, Tagalog, Thai, Lao, and Burmese, as well as in Indian languages. 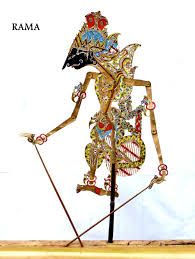 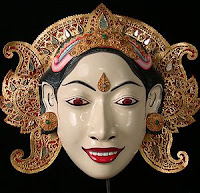 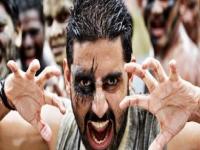 The Ramayana has had an influence on Bollywood.  Mani Ratnam’s Raavan was loosly based on the Ramayana. This is the Ravana character. 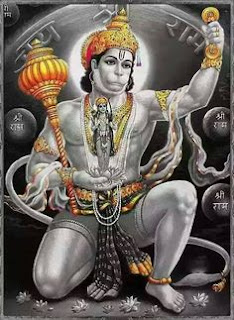 An Indian representation of Hanuman, the monkey god. 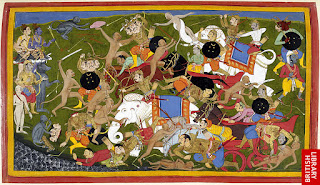 This illustration shows the battle between the armies of Prince Rama and his enemy the King of Lanka. It is held in the collections of the British Library. 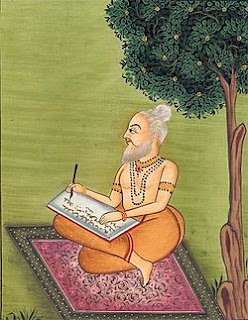 An artist's impression of Valmiki Muni composing the Ramyana.