The Sunday Post usually offers a rojak* of items from the previous week, but since I’ve been away, this one covers the last fortnight…

Seen Elsewhere
The Frankfurt Book Fair, the biggest marketplace for book rights in the world, ran from October 14 – 18.  This year, Indonesia was the country featured as the guest of honour.  You can see Indonesia’s Frankfurt website, Islands of Imagination, by clicking here. Press coverage included:
The Jakarta Post – Indonesian authors on fire
Publishing Perspectives – Indonesia’s road to Frankfurt
Asia One – little known Indonesian writers tackle taboos on a world stage

Man Booker Prize
There are hundreds, if not thousands, of book prizes awarded each year, but the Man Booker Prize is recognised worldwide as one of the most prestigious for high quality fiction written in English. Its list of winners includes many of the giants of the last four decades: from Salman Rushdie to Margaret Atwood, Iris Murdoch to JM Coetzee. On October 13 the Man Booker for 2015 was awarded to A Brief History of Seven Killings by Marlon James.

James, 44, a Kingston native now resident in Minneapolis, is the first Jamaican to win the prize in its 47-year history.

A Brief History of Seven Killings is a 686-page epic with over 75 characters and voices. Set in Kingston, it is a fictional history of an actual event - the attempted murder of Bob Marley in 1976. Of the book, the New York Times said: “It’s like a Tarantino remake of The Harder They Come, but with a soundtrack by Bob Marley and a script by Oliver Stone and William Faulkner...epic in every sense of that word: sweeping, mythic, over-the-top, colossal and dizzyingly complex.”

Referring to Bob Marley only as The Singer throughout, A Brief History of Seven Killings explores the near-mythic assassination attempt on his life through myriad voices – from witnesses and FBI and CIA agents to killers, ghosts, beauty queens and Keith Richards’ drug dealer – to create a rich study of violence, politics and the musical legacy of Kingston of the 1970s.

Storytelling is perhaps sometimes disdained by writers of literary fiction, but James has credited Charles Dickens as one of his formative influences, saying: “I still consider myself a Dickensian in as much as there are aspects of storytelling I still believe in - plot, surprise, cliff hangers”

AAL has been set up to offer writing retreats and intensive writing workshops at various locations around Asia.  The first retreat will be held in July next year, on Telunas, an easily-accessible private island in Indonesia.  It will provide five days of workshops in either fiction or non-fiction, plus writing time and conversations about writing craft.  Also in July, two intensive workshops will be offered in Hong Kong, one on the novel, limited to 8 participants or fewer, and the other on short forms of fiction and non-fiction.

To ensure the writers who attend are writing at a comparable level, Robin Hemley and Xi Xu are asking prospective participants to apply with a sample of their work.  They say: “Our goal is to bring to Asia our international network of well-published and award winning writers to lead these retreats and workshops." They add that they are offering individual manuscript consultations, and for these they already have several authors who have agreed to work with their clients.

Blog Spot
Each week I invite the administrator of a relevant and interesting-sounding blog to write a paragraph explaining why readers of Asian Books Blog should take a look at his or her site. This week Erica Jarnes, Writers in Translation Programme Manager for the free speech advocacy group English PEN, writes about PEN Atlas.

PEN Atlas is our weekly blog of literary dispatches from around the world. Contributors include, for example, Elena Poniatowska, Andrej Kurkov, and Erwin Mortier. We are always looking for new and different voices, and I definitely would like more contributions from Asian writers. Notable Asian writers who have contributed already include Han Kang, Dorothy Tse and Chan Koonchung. If you are a writer, translator, journalist or activist interested in writing a piece for PEN Atlas please contact me on erica@englishpen.org. Browse our past articles here.

Twitter Spot
Each week I make a suggestion of an interesting Twitter account you may like to follow.  This week, Jeff Wasserstrom, @jwassers, History professor at  @ucirvine, freelance writer, editor of @jas_tw, board member of @dissentmag and  advising editor for China @lareviewofbooks.

Book Launch
My own new novel, Olivia & Sophia, the adventures of Sir Thomas Stamford Raffles as seen through the eyes of his two wives, is launching in Asia a week today, November 1, at the Singapore Writers Festival. If you are in the Lion City and you want to come along, the event is free: 5.30 - 6.30 at The Arts House. 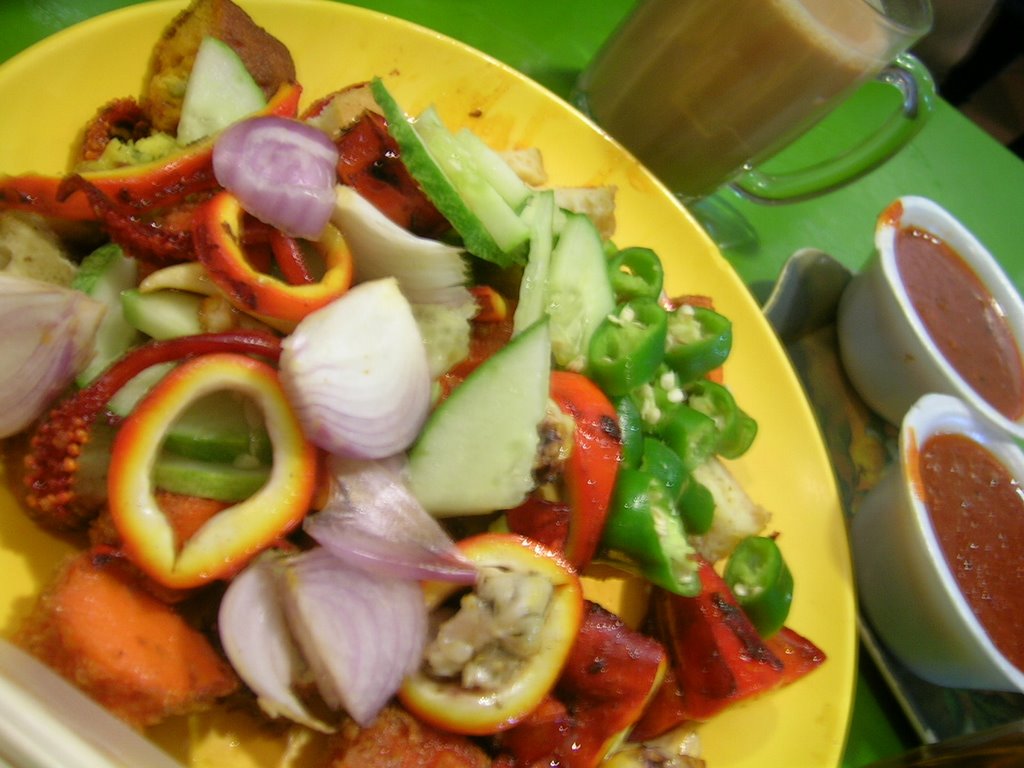