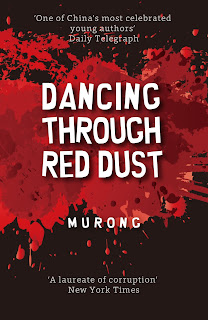 About the book
Dancing Through Red Dust tells the story of lawyer Wei Da, who is forced to go on the run after an accident leaves his girlfriend’s blackmailing ex-lover dead. He destroys evidence, hides his assets and plans to flee China but his desperate bid for freedom ends in anguish when he is arrested and sent to the notorious Cao River Remand Centre.
The worst of human nature is exhibited here, both behind bars and in court, and it isn’t long before Wei is exposed to all manner of lowlifes including corrupt lawyers using bribes to clear their wealthy clients & deviant judges demanding sexual favours, while the rich rape & murder without fear of punishment. During his trial, Wei is shocked to discover the true extent of corruption within China’s legal system as judges and lawyers scam and scheme before sentencing him to death. Forced to live out the rest of his days behind bars, Wei must atone for his errors while contending with the harsh realities of prison survival. But as his execution date nears, will he find redemption, and justice, before it’s too late?

Reaction in China
Dancing Through Red Dust was subjected to extensive cuts prior to publication in China, with the publisher forced to close within months.

About the author
Murong - winner of the 2010 People’s Literature Prize, China’s highest literary award - is no stranger to controversy. A staunch critic of the state, he was prevented from delivering his acceptance speech at the awards, calling for an end to state censorship, and was arrested and interrogated in Beijing last year after making a series of public speeches on the same subject. Despite this, he continues to live in China and is widely celebrated for his darkly funny tales of contemporary Chinese urban life. He uses his position as a writer to draw attention to injustices and he is considered a beacon for independent writers and thinkers everywhere.