Asian Books Blog does not carry reviews. The book club is generally intended as a platform where readers can offer comments on the month’s selected book. June’s pick was Song for an Approaching Storm, by Peter Fröberg Idling, translated from Swedish by Peter Graves. This post assumes you’ve read it. If you want a summary see here.

Given that the approaching storm referred to in the title is the genocide inflicted by the Khmer Rouge on their fellow Khmer, that one of the characters is (the man who became) Pol Pot, and that this whole novel - called a fantasy on the title page (why?) - emphasises the importance of memory, I decided to ditch the usual book club format this month, and instead to ask Youk Chang, Director, Documentation Center of Cambodia (DC-Cam), a Phnom Penh-based  organisation which supports the quest for memory, what he thought not of the so-called fantasy itself, but of some general issues it raises. Youk Chang has not (yet) read Song for an Approaching Storm, but he is aware of Peter Fröberg Idling's previous non-fiction work,  Pol Pot's Smile, published in Swedish, although you can read an extract in English here.

I have given Youk Chang’s unedited answers to my questions. He asked me to mention that he thinks Song for an Approaching Storm is a great title, as do I.

How do you feel about treating Cambodia's past as material for fiction?
It makes Cambodia more healthy – we are just like everybody else who want to compete for success in the world while memory of the Khmer Rouge remains un-erasable by any means.

Do you think Cambodia’s past is better dealt with by non-fiction?
It is always better when you have more than one choices to tell the story about genocide since it is almost impossible to describe genocide in words.

How do you feel about Pol Pot being treated as a character in a novel?
It does not matter.

Why not?
Because it is a novel.

How do you feel about a Westerner writing a novel about Pol Pot?
Genocide is a crime against humanity and it is everyone responsibility to prevent it. Genocide does not discriminate, why should we?

Do you think it would be better for Cambodians to write such novels themselves, in Khmer?
The Khmer should write it themselves.

Why?
The Khmer also should write it too because it makes them healthy and less of a victim as they use the imagination. But Westerners can do it too.  It is about humanity.

It is indeed, and if you haven’t actually read Song for an Approaching Storm, then I urge you do so.

I asked Youk Chang for recommendations of other novels about Cambodia’s recent past, and he suggested Four Faces of Truth, an historical novel by former CIA officer Harriette Rinaldi, published by Fireship Press.

July’s pick is The Incarnations by Susan Barker.

Then one day Wang’s quiet life is disturbed by an anonymous letter. The letter-writer claims to be his soulmate, and to have known Wang throughout a cycle of lives spanning over a thousand years.

Other letters follow recounting Wang’s previous lives: during the Tang dynasty; during the invasion of Genghis Khan; as a Ming dynasty concubine; as an English merchant during the Opium War; as a teenage Red Guard during the Cultural Revolution.

The letter writer admits to stalking Wang and his family in the present – to watching Wang’s eight year old daughter playing in her school yard and riding as a passenger in Wang’s cab.  Wang goes to the police, who tell him there is nothing they can do. His confusion is further exacerbated by the re-appearance of his ex-lover, Zeng Yan, who he begins to suspect of being the author of the letters.

The Incarnations is published by Doubleday in hardback, priced in local currencies.

Both Song for an Approaching Storm and The Incarnations are eligible for the ABB Book of the Lunar Year in the Year of the Horse. See the post of Jan 30 2014 for details.  If you would like to vote for either title please do so by posting a comment, or contacting asianbooksblog@gmail.com.


There is a constant stream of great books about Asia coming out. Each month I highlight a couple of new titles that look particularly interesting, from Asian and non-Asian publishers.

Singapore on the Couch: Interviews with astonishing individuals by Ong Yong Lock, published by Monsoon Books (Singapore), available in paperback, in Singapore SG$18.50 before GST, elsewhere priced in local currencies.

Next year Singapore celebrates its 50th anniversary as a sovereign and independent country, in anticipation Singapore on the Couch asks: what does it mean to be a Singaporean? What, if anything, is normal on the self-styled little red dot?

The author is a retired psychiatrist, and thus he is well placed to offer insight into the Singaporean psyche. He does so through a collection of interviews with 12 people, each of whom has achieved prominence in his or her field. Representing brawn are Ray and Roy Yeo, competitive bodybuilders and twins; displaying Singapore’s celebrated business acumen are Richard Eu, of Eu Yan Sang, the famous suppliers of traditional Chinese medicine, and global entrepreneur Vikram Chand; championing the Singapore arts scene are theatre and film producer Glen Goei, and music director of the Singapore National Youth Orchestra, Darrell Ang; discussing faith and its place in multi-ethnic Singapore are pastor Dr Paul Choo and the medical director of one of the country’s hospice care groups, Dr Akhilesh; dispelling the myth of the humourless Singaporean are comedians Toh Paik Choo, Dream Academy’s Selena Tan and the blogger, Mr Brown. Meanwhile, in a class of his own is Professor Tommy Koh, Singapore’s ebullient ambassador-at-large. 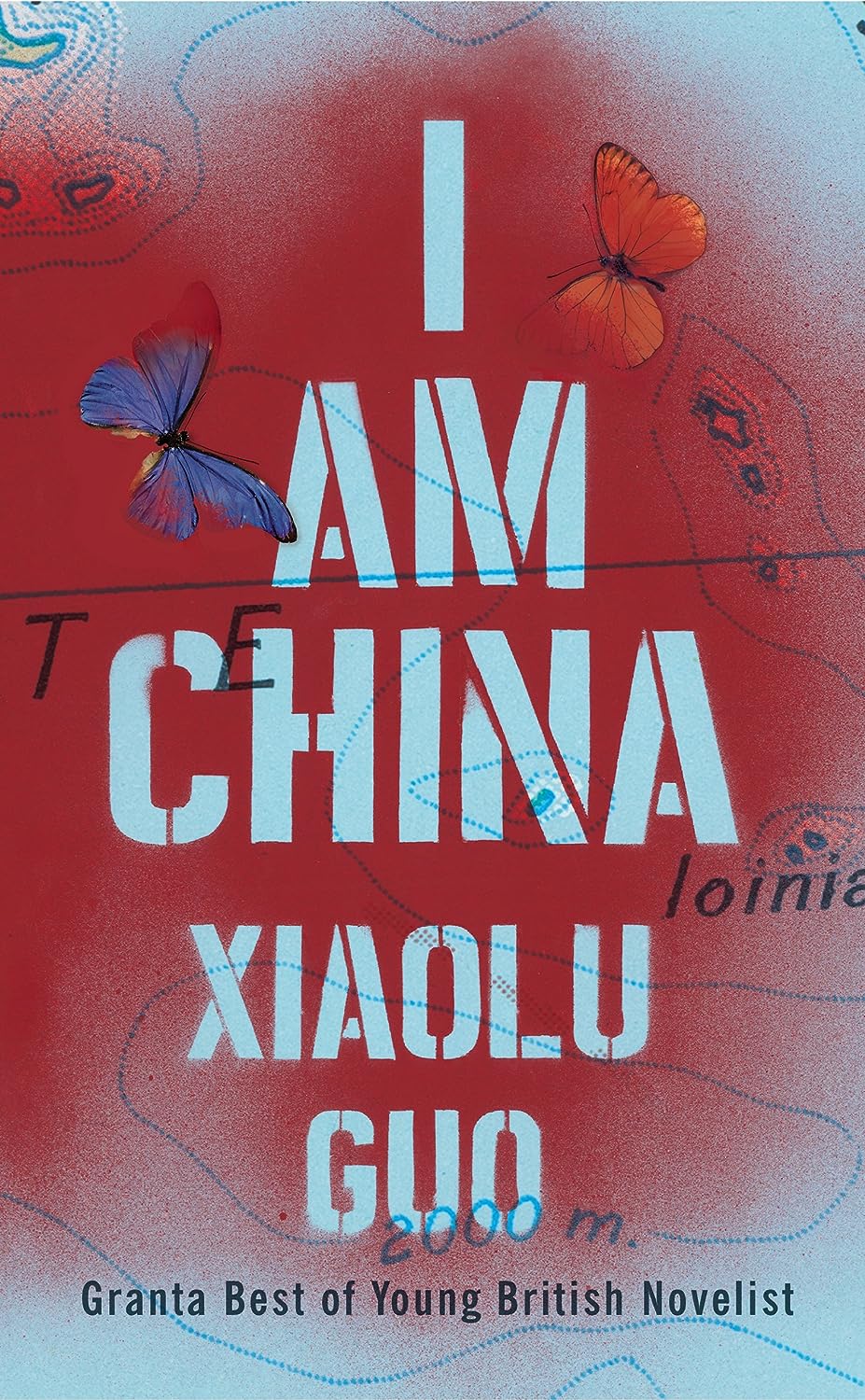 I am China by Xiaolu Guo, published by Chatto & Windus, in hardback and eBook, priced in local currencies.

In a flat above a noisy north London market, translator Iona Kirkpatrick starts work on a Chinese letter: Dearest Mu, The sun is piercing, old bastard sky. I am feeling empty and bare. Nothing is in my soul, apart from the image of you. I am writing to you from a place I cannot tell you about yet…

In a detention centre in Dover exiled Chinese musician Jian is awaiting an unknown fate. In Beijing his girlfriend Mu sends desperate letters to London to track him down, her last memory of them together a roaring rock concert and Jian the king on stage. Until the state police stormed in. As Iona unravels the story of these Chinese lovers from their first flirtations at Beijing University to Jian’s march in the Jasmine Revolution, Jian and Mu seem to be travelling further and further away from each other while Iona feels more and more alive. Intoxicated by their romance, Iona sets out to bring them back together, but time seems to be running out.

Xiaolu Guo was born in China and now lives in London. She is the author of Village of Stone; A Concise Chinese-English Dictionary for Lovers, which has been translated into twenty-four languages; 20 Fragments of a Ravenous Youth; UFO in her Eyes, recently made into an award-winning film by Xiaolu herself, and a collection of short stories, Lovers in the Age of Indifference. Xiaolu Guo is a successful filmmaker of feature films and documentaries; her work has been seen all over the world.

The next book club post will appear on August 3.  If you want to comment on The Incarnations please do so before then.
Posted by Rosie Milne at 07:50