Okay, Brexit.  Day Two. This time from the Irish perspective, entitled Between Brexit and the Deep Blue Sea: The Irish Perspective on a Divided Europe.  The panel of Cat Brogan, Claire Keegan and Paul McVeigh, as moderated by avuncular host, Neil Murphy, raised many interesting points to consider.  Brogan and McVeigh are from Northern Ireland, whereas Keegan is from the Republic of Ireland and Brexit impacts them differently.

Brogan, as an LBGT person, spoke about her decision to marry her Malay Muslim partner quickly because the terms of settling in the U.K. post-Brexit might become uncertain. McVeigh mentioned Northern Ireland being treated as the ;unwanted child of a divorce',  'the one shunted to the attic,' being treated differently in the Republic because of ‘the accent, and seeing the turning away of the face.’  Keegan went for the jugular  – that deep-seated hatred of those different from you, that plain old xenophobia.  The issue of whether the current soft border will morph into a hard border is just one of the more tangible political issues surrounding Brexit for Ireland; geopolitics and history add a further nuanced dimension to the charting of any political direction for a divided Ireland.  Keegan especially stressed the role of the writer in troubled times: 'to write as well as he or she can', 'to be able to write as he or she pleases.'   As she saw it, the daily incremental effects of trouble and crises cannot but enter the textual and writers, as one of the most articulate segments of society, are a powerful lot.  The discussion of how attractive an Irish passport suddenly became raised complicated questions surrounding nationality, identity and culture, as well the cherry-picking of rights conferred by citizenship such as work opportunities and health care.

The panel on The Irrelevance of World Literature opened to a completely packed room, featuring Iranian poet Sholeh Wolpe, renowned science fiction and fantasy writer Ken Liu and writer/translator Shelly Bryant, as moderated by William Phuan.  While their cogently argued ideas aren’t new per se, one of the most fundamental questions concerns nomenclature, as Wolpe and Liu articulated, even the term 'world literature' belies the logic of power which had denoted it as ‘other.’   Thus, one of the first tasks at hand is redefining what we mean when we say 'world literature.'  The exercise of dissecting this term reveals underlying systems of power and hegemony.  The thorny question of translation also needs unpacking, because as Ken Liu elegantly argued, translation isn’t the simple ‘bridging device’, that rough coeval of culture and language it masks itself as.  Translating another language into English is fraught with all sorts of hidden inherent biases, blind spots and systems of power that cements what Edward Said, in his powerful treatise Orientalism, had argued – the exotification, the domestication, and the reduction of the ‘other’.

As just one simple example, in his translation of Chinese science fiction The Three-Body Problem by Cixin Liu, Liu described encountering resistance to Chinese names – publishers requested that these Chinese names, so difficult to pronounce and remember, be translated as “Ms. Winter”, “Ms. Green Fragrance”, what Liu called an exotification, a “paper Oriental harmlessness” but no less insidious in perpetuating systems of hegemony.    One of the most thoughtful points to come out thus far in all the events I’ve attended is Liu’s gentle reminder that writers working in the English language from the periphery ‘occupy a specific position’ that can modify, shape and ‘assault’ how English is used as a language, and as a system of dominant power. 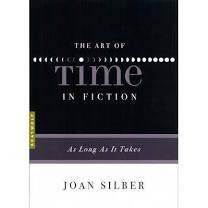 Creative writing workshops is another special offering of the festival, and I was lucky to be able to get a spot in Claire Keegan’s masterclass on fiction.  As dynamic and ‘no-time-for-bullshit’ as ever (I attended her workshop in London in 2015), Keegan not only demonstrated the art within the construction of a paragraph, but particularly (this a teaser freebie, for more you’d have to find an opportunity to attend one of her classes), how fiction is fundamentally 'a temporal art,' and where you begin your story can be seen as making an incision in time.  Joan Silber’s wonderful exegesis on The Art of Time in Fiction comes to mind where she explores a panoply of temporal techniques in the writer's arsenal.  Keegan here hones in on fictional time, which isn’t merely a passing of time through a sequence of events called plot, but time as perceived through a character’s eyes, where time and place are traversed by loss and yearning.


Details: Singapore Writers Festival will run from the 3rd to 12th November at various venues close to the Arts House.  Tickets available at the festival.
Posted by E.P. Chiew at 12:11