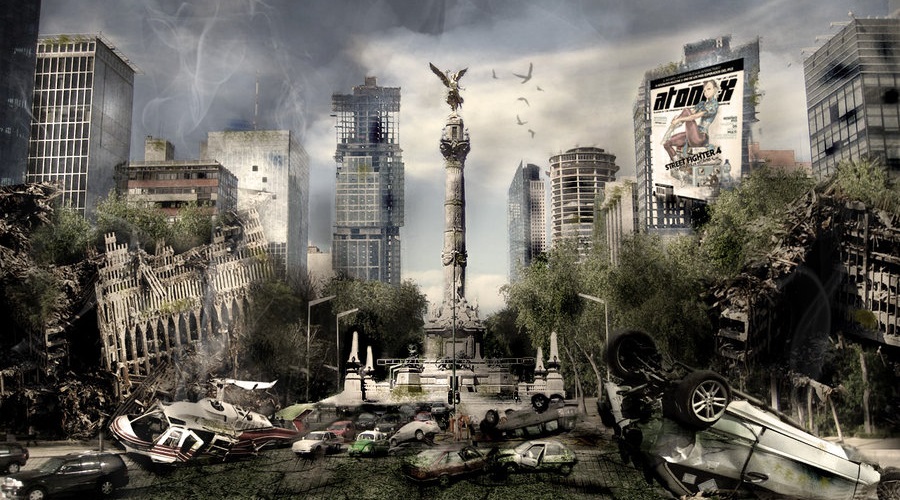 My life in Singapore is not what you might call “dystopian”. It’s quite pleasant. So, I don’t know why I’m drawn to tales of decline and society gone to ruin, but as a reader and a writer they fascinate me.

Maybe it’s simply that any utopia is boring. Can you imagine living in such a place? It would be stultifying and, in its own way, terrifying – imagine being the weak link, the misfit, the clutz who messes it up for all the perfect people. You would be denounced as Pandora from Greek mythology, the one who releases evil from a box. The only creature capable of upholding the utopian ideal would be a robotic Stepford Wife. Either way: you’re back to a dystopia.

So, maybe that’s what I enjoy about any dystopia – it’s already messed up. From 1Q84 (Haruki Murakami), to The Handmaid’s Tale (Margaret Atwood), and even to movies like Blade Runner (Ridley Scott) I like dystopian stories that lift the corner of the drain cover to reveal what’s lurking right beneath our feet – what frightens us, shames us, threatens us.

One of my favourite dystopias is The Time Machine, in which H.G Wells sends his traveller into a future of brutally segregated people. A committed socialist, Wells’ thought experiment pushed class division to the extreme – or maybe what he thought was extreme, prior to the holocaust or apartheid.

Interestingly, writing more than 100 years ago, Wells showed the devolution of the upper-classes by making his idle rich illiterate in basic science: they ask the Time Traveller if he came from the sun in a thunderstorm. I wonder if his spoilt elite would also struggle to grasp the concept of climate change?

As a Victorian concerned with the suffering of the working classes, his dystopia provided a canvas for H.G. Wells. Whether it’s corporate carelessness (Margaret Atwood in the Madd Addam trilogy), the obsession with reality TV (Suzanne Collins in The Hunger Games) or the pernicious creep of surveillance (George Orwell’s 1984), a good dystopia projects our concerns about the present into a bigger image in order to see it more clearly.

So, I wonder what a Singaporean dystopia would look like? We’ll have a chance to read several imaginings soon. The Singapore Writers Group is putting together an anthology of dystopian and utopian short stories. I wrote one myself, entitled Muse, which tells the story of a young journalist and wife who fears being replaced at work and at home by an intellect “vast and cool and unsympathetic”, as H.G. Wells puts it in his majestic introduction to The War of the Worlds. We humans always think someone is out to get us.

I’ve noticed there’s an element of dystopia in much of my writing, though my concerns tend to be personal rather than political – rather like Cormac McCarthy in The Road. In my novel, All the Little Children, there is a moment when things fall apart. My main character, a mother who is camping with her children and their friends, experiences a dystopia that is borderline apocalyptic. What was it in the present world that I projected into this story?

As Lionel Shriver said, while speaking at the 2016 Singapore Writers Festival about her socio-economic dystopia The Mandibles, “I write what I fear.” For me, what I feared during the period I was writing All the Little Children was very simple – not being a good enough mother. So, is my main character a better mother than her creator? Well, she’s no Stepford Wife, but then All the Little Children is no utopia either!

Details: All the Little Children is published in paperback by Lake Union Publishing, the publishing arm of Amazon, priced in local currencies.
Posted by Rosie Milne at 01:15