Freedom to publish and the IPA Prix Voltaire by Trasvin Jittidecharak 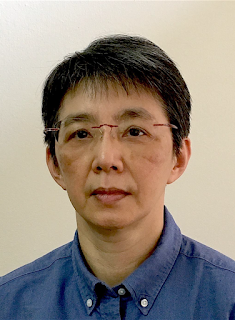 The International Publishers Association (IPA) makes an annual award to publishers, the IPA Prix Voltaire. This rewards exemplary courage in upholding the freedom to publish and in enabling others to exercise their right to freedom of expression.

The IPA Freedom to Publish Committee is responsible for picking the shortlist. It announced the shortlist for the 2017 prize  in June.

Issues connected with freedom of speech, and freedom to publish, are of particular importance across much of Asia, since ours in a region where these freedom are often denied, or actively resisted. Trasvin Jittidecharak here offers an Asian perspective on the Prix Voltaire.


Whether we like it or not, self-censorship is the new normal in most countries in Asia, from the Middle East to the Far East. But how did this happen?

One factor is that many governments – authoritarian ones in particular – don’t adhere to the rule of law. Even if a country’s constitution guarantees the basic rights of its citizens, and even though the state may have signed the Universal Declaration of Human Rights, it is the regime’s preferences that shape the law.

Commonly, top government authorities in the region have zero tolerance for criticism, and there are manifold ways to silence those who would speak their minds: bribes, blackmail, legal threats. Critics can be charged with anything from tax evasion or traffic violations to threatening national security.

Besides government coercion, religious fundamentalism can also have a powerful stifling effect. Publishers who live and work under political and religious restrictions, and try to express their art or their thinking, often find themselves isolated. A publisher who delivers a work that’s critical of the authorities or out of step with certain religious beliefs not only puts their business at risk, but their freedom and even life may also be endangered.

Such an atmosphere creates and feeds a fear that permeates our daily life. We stop talking about certain issues. Eventually, we stop thinking.

So you can see that four out of the six shortlisted nominees for this year’s IPA Prix Voltaire are originally from Asia, even if they can no longer work here. In fact, we could claim all six are from Asia since Turkey is in Asia Minor. This is quite embarrassing for the world’s most populous continent and the cradle of many great civilisations and cultures.

In Asia, the prevailing public perception of awards is that they denote excellence. But we have heard regimes and others denigrate awards by claiming the winner is undeserving of recognition because their books are of poor quality, or that that he or she is a criminal, traitor or otherwise socially objectionable.

Regimes are quick to sow doubt about the judging criteria, engender disapproval, and undermine an award’s credibility. The IPA Prix Voltaire, however, is above such disparagement as it honours the courage of those who uphold the right to publish, whatever writers wish to say, not to commend the quality of works, or personal qualities of publishers.

Publishers in countries under strict regimes deserve support and recognition for daring to publish what they believe deserves to be published. Thus, in my view, the Prix Voltaire is an important encouragement. It reassures us publishers working under harsh conditions that we are not forgotten, even though such recognition may, at times, lead to unintended consequences.