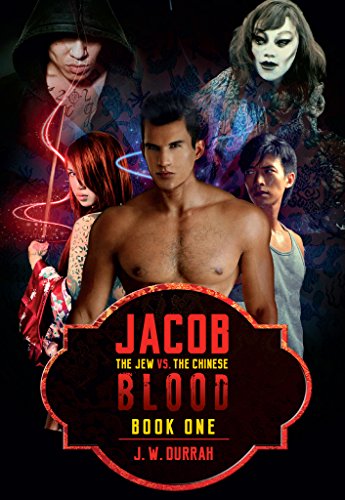 J. W. Durrah published his first short story, Something to Remember, in Essence magazine in 1972. An American, he has travelled widely in Asia, and he drew on his experiences when writing his debut novel Jacob The Jew Vs. The Chinese Blood, which was published in July, through CreateSpace Independent Publishing Platform. A detective thriller, it is the first in a planned series featuring NYPD detective Jacob Jennings.

When Jennings signs on for a three-year tour with the US Army’s Military Intelligence unit, he expects to be deployed to Vietnam like his father before him. Instead, he finds himself in Hong Kong, working a complex undercover sting in cooperation with the Chinese police. Along the way he encounters Jerry Baofung, a much-feared sorcerer, with links to the trade in illegal drugs.


What inspired you to write a detective thriller set in Asia, and incorporating characters that use Eastern and Western black magic, sorcery and the occult?
During my travels to Asian countries, I was fortunate enough to meet people who were involved in magic and some of them demonstrated illusions (?) that astounded me. One lady I met in Korea, by simply waving her hand, caused my legs to give way beneath me and this was not a stage of hypnosis. One evening while strolling through a village I witnessed what appeared to be the shadow of a person walking swiftly through the air above the tops of roofs.
How has your own life influenced your writing?
My life has taken me down many roads and I have met such diverse people with the most unusual lifestyles, many of them having to do with esoteric religions.

In creating your protagonist, Jacob, did you draw on your own experiences?
Jacob is a mixed-race man from Louisiana. He was raised by his grandmother and she introduced him to the arts of magic, both black and white, including the use of herbs for healing and for inflicting harm. I also grew up in the South, I too was raised by my grandmother.

Where did your inspiration for the other characters come from?
These characters were inspired by real people - people I know and who live in different parts of the world, including Asia.

Are you a full-time writer?
I am a practicing hypnotherapist,  but on a very limited basis. I spend much of my time now researching Asian and American magic.

What can you tell us about your writing process?
I have a method that I use that is quite contrary to what is taught in writing classes. I never use an outline. I carry the entire story and characters in my head, the way a musician keeps a new tune in his thoughts until he finds time to put it on paper. However, I do not recommend this because it can cause many errors such as remembering a character’s name, age, habits, and his or her location in the book.

Any advice you can give to authors thinking about taking the indie route to publication?
Being new at it, I don’t think I can offer much advice other than you need to be prepared to do everything a traditional publisher would have taken care of. Be prepared to learn to market your work - marketing is a rigorous and convoluted road to traverse.

How do you yourself approach marketing?
I have taken on a very reasonable publicity firm, Word Slinger Publicity. I have made up posters and walked the streets handing them out.

How do you recommend other indie authors reach out and connect with their readership?
Take small ads in publications that are affordable; seek to inform every acquaintance you have about your novel and in general spread the word any way you can. In America, hiring a publicity agency would be ideal but they cost about three to four thousand US dollars a month. Try to get reviews or interviews. Pray!  (It may be difficult to find publicity agencies for indie authors in Asia– editor.)

How would you describe your target readership?
Everybody who likes magic, from young teens to older adults.

Can you tell us a little about your work-in-progress?
In book two of the series  Jacob and Owen Chang, Hong Kong’s Chief Inspector of Police, are in Japan on their way to New York, where they will to attempt to locate the nefarious crew trafficking the new street drug, Cherry Berry. Jacob and Chang link up with the Japanese police authority, Onanoka. Soon they find themselves in conflict with elements of the Japanese underworld.

When not writing, how do you spend your time?
I’m a fencer, and a tournament archer. I love fishing. I hold a third degree black belt in karate though I no longer practice. I also love writing haiku poetry.

Details: Jacob The Jew Vs. The Chinese Blood is available in paperback and eBook, from Amazon, Barnes and Noble online, Books a Million and other online stores.
Posted by Rosie Milne at 15:52