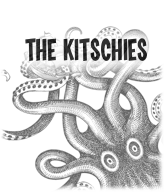 Since its simultaneous release across all formats – hardback, paperback, digital and audio  – in March 2013, A Tale for the Time Being has attracted worldwide critical acclaim, including securing a shortlisting for the 2013 Man Booker Prize.

The Kitschies, presented in the UK, reward the year's most progressive, intelligent and entertaining works that contain elements of the speculative or fantastic. Now entering its fifth year, the prize offers the Red (novel), Golden (debut) and Inky (cover art) Tentacle awards, as well as the Black Tentacle, awarded at the discretion of the judges to a piece of work that doesn’t otherwise fit the Kitschies criteria.

The Red Tentacle is presented annually to the author whose novel containing speculative or fantastic elements best fulfils the criteria: intelligent, progressive and entertaining. This year’s finalists were selected from a record 234 submissions, coming from over fifty different publishers and imprints. The winner receives a cash prize of GPB 1,000 / approx USD 1,650, a hand-crafted tentacular trophy, and a bottle of the finest black rum, from the Kitschies' sponsor, Kraken's.

Harkaway said:"This was an awe-inspiring year. For the Red Tentacle, we could have built a shortlist composed purely of iconic names, and we had to reject at least one book which may be a work of genius because it did not entirely mesh with the Kitschies' cardinal virtues: intelligent, entertaining, and progressive. The debuts are pretty breathtaking, too: broad in scope, deft and compelling. It's been an education as well as a privilege to judge the prize, and a vast relief not to be in competition with these writers.”

The winners will be announced in a ceremony in London on 12 February.
Posted by Rosie Milne at 18:48